Should We Really Trust a DCF Model?

How Accurate are DCF Models?

The DCF model is used by investment bankers to present a framework to their clients that guides their decision-making process, rather than to precisely determine if a company is overvalued or undervalued. 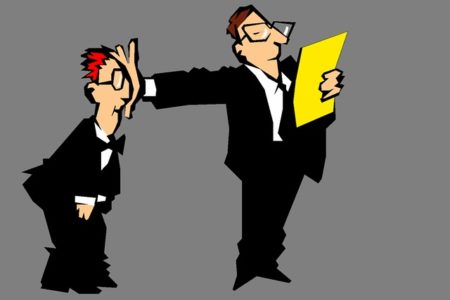 Why don’t you let me decide what’s “fair value”

How are DCF Models Used by Investment Bankers?

Virtually every new investment banking analyst has experienced some version of this: You’re staffed on a pitch or a live deal; You spend several sleepless nights trying to determine a company’s value so your analysis can be included in the pitch; You methodically build a DCF model, LBO model, trading and deal comps; You calculate the 52 week trading highs and lows; You present a beautiful print out of your work (called a football field) to your senior banker.

Your senior banker leans back in his chair, pulls out a red pen, and starts modifying your work.

What’s happened is that the senior banker has “tightened up” the football field to narrow the valuation range you just submitted and nudge it closer to the negotiated deal price.

You head back to your cubicle and wonder “is that really how valuation is supposed to be done? Is the senior banker’s goal to reach a preconceived notion of price?”

To answer these questions, let’s look at how the DCF is used in investment banking:

A frequent criticism of investment banking valuation is that the tail wags the dog — that instead of the valuation being driven by the DCF, the valuation is a foregone conclusion based on market price, and the DCF is built to support that conclusion.

After all, an investment banker’s job is to maximize value for clients. It’s not (gasp) to get the valuation “right.”

A healthcare company retains an investment bank to advise on a potential sale. There are many willing buyers at a price of $300 million, but the investment banker’s DCF outputs a price of $150 million. It would be absurd for the banker to advise the healthcare company to ask for only $150 million. After all, the investment bank’s job is to maximize value for its client. Instead, what happens in this (very common) scenario is that the banker will modify the DCF model’s assumptions to align the output with what the market price will bear (something around $300 million in this case ).

It doesn’t mean the investment banking DCF is worthless, as some suggest. To understand why there’s value in the analysis, it’s helpful to understand why a difference between the company’s DCF value and the market price exists in the first place.

DCF value diverges from market price when the DCF model’s assumptions are different from those implicit in the market’s pricing.

Thinking about the difference between price and value in this way helps illuminate the purpose and importance of the DCF in the investment banking context: The DCF framework enables the investment banker to show clients what a business must do intrinsically to justify the current market price.

The investment banker’s job isn’t to decide if a business is overvalued or undervalued — it’s to present a framework that helps the client make that decision.

When does the DCF diverge from market price?

The market may be right; The market may be wrong. The reality is that the investment banker isn’t an investor. His or her job isn’t to make a call on whether a business is overvalued or undervalued — it’s to present a framework that helps the client make that decision. After all, they’re the ones with skin in the game. While this may strike some as cynical, an investment banker is paid for getting the deal done, not for making the right call.

On the other hand, if you’re in equity research or if you’re an investor, you do have skin in the game, and it’s a whole ‘nother ballgame. Your job is to make the right call. If you invest in Apple because your DCF shows that it’s undervalued and you’re proven correct, you’ll get paid handsomely.

So what does all this mean? It means that the DCF is a framework that investment bankers use to reconcile a company’s market price with how the company must perform in the future to justify that price. Meanwhile, investors use it as a framework for identifying investment opportunities.

And everyone involved in the process understands this.

That said, banks can and should be clearer about the purpose of the DCF in the IB context. Clarification of the valuation’s purpose would be especially helpful when the valuation is presented to the public (either directly or indirectly). An example of this is a valuation included in a fairness opinion, a document presented to the seller’s shareholders and written by an investment bank hired by the selling company’s board.

Common Errors in the DCF

DCF models built by investment bankers (or, for that matter, by investors or corporate managers) are not flawless. While most DCF models do a great job of adding bells and whistles, many finance professionals lack a complete understanding of the core concepts of the DCF model.

Some of the most common conceptual errors are: