What is Operating Working Capital?

Notably, cash and cash equivalents are excluded from the calculation, as well as debt and any interest-bearing securities with debt-like features.

The traditional textbook definition of “working capital” refers to a company’s current assets minus its current liabilities.

The “current” categorization signifies an asset that can be converted into cash within twelve months (i.e. high liquidity), or a liability that is coming due within the next twelve months.

However, a more practical variation of working capital is the operating working capital (OWC) metric, which is adjusted to only include items with an integral role in the recurring, core operations of a company.

The OWC of a company can be expressed as a percentage of sales to compare a company’s ratio to other companies within the same sector.

Calculating the OWC-to-sales ratio is relatively straightforward, as it compares a company’s OWC to sales.

Generally, companies should avoid the ratio from becoming too high, which is a subjective measure and entirely dependent on the industry.

Suppose a company had the following operating working capital line items in 2021.

By calculating the sum of each side, the following values represent the two inputs required in the operating working capital formula.

Upon netting those two values against each other, the operating working capital of our hypothetical company is $40 million. 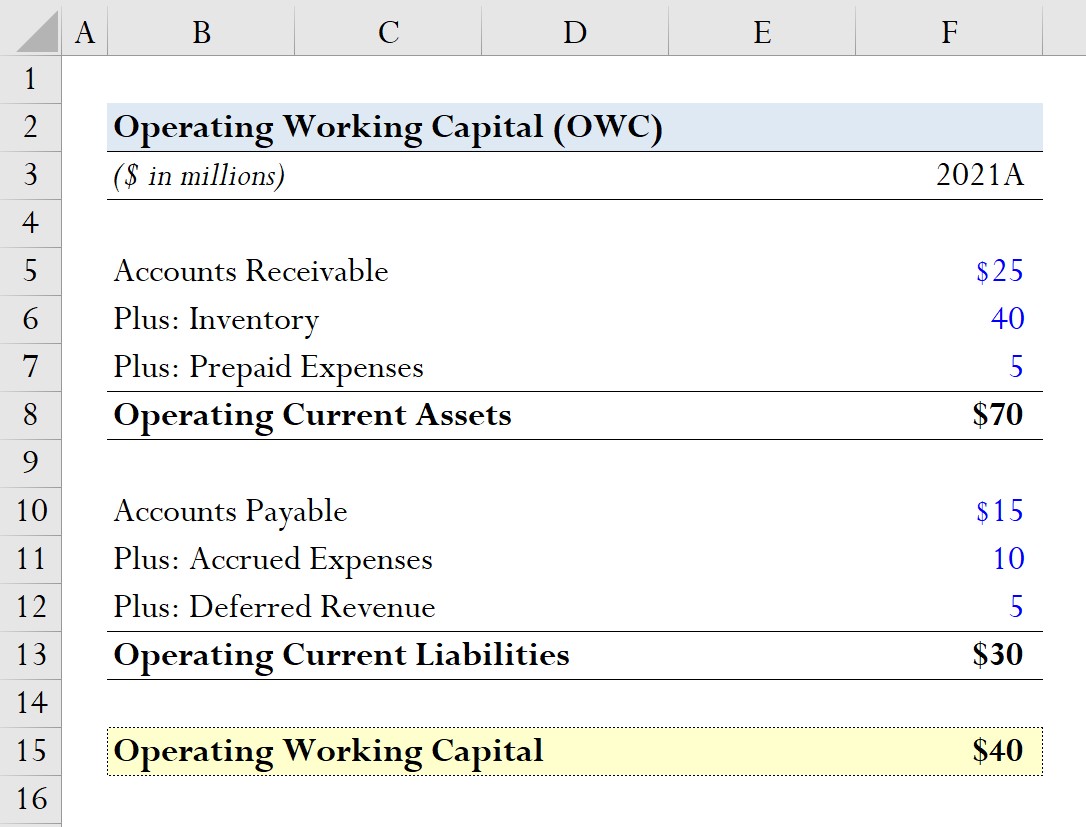