What is the Revolving Credit Facility?

The Revolving Credit Facility (“Revolver”) refers to a common loan that acts like a credit card for large companies and, along with Term Loans, is a core product in corporate banking. With a revolver, the borrowing company can borrow at any time up to some predefined limit and repay as needed over the term of the revolver (usually 5 years). 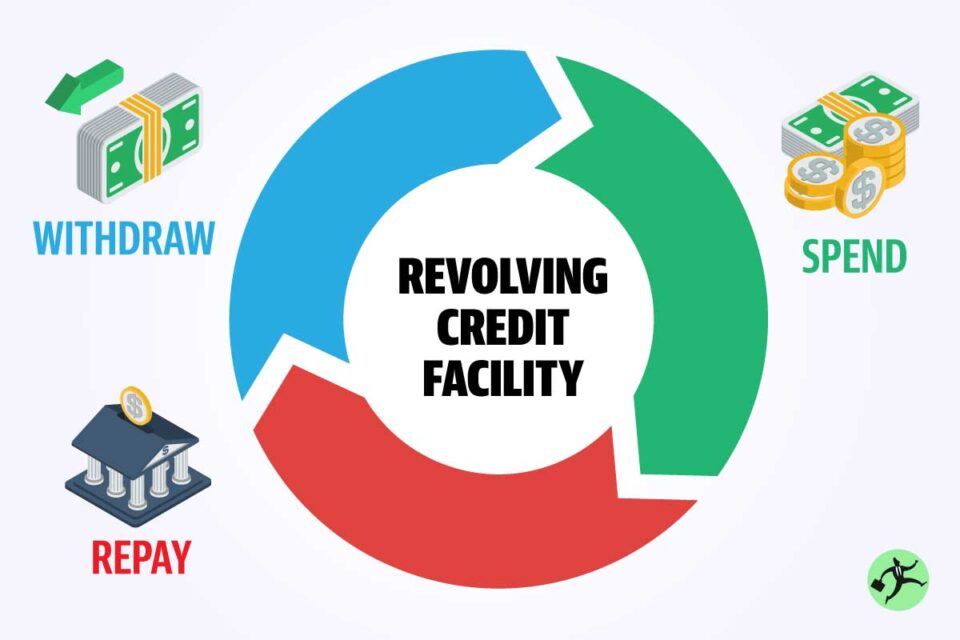 The corporate bank puts together the loan for its corporate clients and charges the following fees:

Upfront fees are paid by the borrower to the corporate bank for putting the facility together, which are usually sub-10 basis points per year of the tenor.

For example, a strong investment grade borrower enters into a 5-year $100 million revolver may pay 30 basis points (0.3%) on the total $100 million facility size on day 1, which equates to 6 bps a year.

The longer the tenor, the higher the upfront fee will be.

The utilization/drawn margin refers to the interest charged on what’s actually drawn by the borrower.  This is usually priced as a benchmark interest rate (LIBOR) plus a spread.

For example, if the borrower draws $20 million on the revolver, the fee on this drawn amount will be LIBOR + 100 basis points.

The spread will depend on the underlying credit of the borrower via two pricing grid mechanisms:

Lastly, the third type of fee charged is the commitment fee.  These refer to fees charged on the undrawn portion of the credit facility and are usually limited to a small % of the undrawn amount (e.g. 20%).

Why charge for something that isn’t being used? Even though the borrower doesn’t take the bank’s money, the bank still has to set aside the money and incur a loan loss provision for the capital at risk. This is also called the undrawn margin or undrawn fee.

In these cases, while banks fully commit to funding revolver draws when needed, most of the time the revolver remains unutilized. A revolver only becomes drawn when other funding options are not available, so it is utilized when it has the highest credit risk.

The typically high undrawn amount means the corporate bank is only getting the small commitment fee as opposed to the utilization fees, despite having to put the entire amount of capital at risk. This contributes to revolvers being known as a loss leader.

On the other hand, leveraged borrowers often rely on the revolver as a primary liquidity source to fund working capital and other day-to-day operating needs.

Because the revolving credit facility can be drawn or paid down based on the liquidity needs of the borrower, it adds complexity to financial models. Learn all about modeling the revolver here.