What is a Fixed Interest Rate?

A Fixed Interest Rate remains constant for the entirety of the loan agreement, as opposed to being tied to a prime rate or underlying index.

How to Calculate the Fixed Interest Rate (Step-by-Step)

In general, fixed pricing tend to be more prevalent with bonds and riskier debt instruments further down in the capital structure, rather than senior debt provided by banks.

The distinct benefit of fixed rates is the predictability in the pricing of the debt, as the borrower does not need to be concerned about changing market conditions that may impact the interest due.

The fact that the interest rate is fixed mitigates any risk that the borrower’s interest expense payments could increase substantially.

Typically, borrowers are more likely to opt for fixed rates in lending agreements during low interest rate environments in an attempt to “lock-in” favorable borrowing terms for the long term.

The formula for calculating the interest expense on a debt instrument with fixed pricing is as follows.

How to Interpret Fixed Loan Pricing

Unlike fixed pricing rates, floating rates fluctuate based on the underlying benchmark rate that is tied to the pricing of the debt (e.g. LIBOR, SOFR).

The relationship between the market rate and the yield on debt priced at a floating rate is as follows.

Floating interest rates thus can be a riskier form of debt pricing with more uncertainty because of the unpredictable changes in the underlying benchmark.

If the debt is priced on a fixed basis, the original interest rate remains the same, which eliminates any concerns from the borrower regarding how much interest will be owed.

However, the fixed pricing comes at the expense of not being able to benefit in lower interest rate environments.

For example, if the benchmark rate is lower and the lending environment becomes more favorable for borrowers, interest expense on a bond priced at a fixed rate would still stay unchanged.

In our illustrative example, we’ll assume there is a senior note with a total outstanding balance of $100 million.

For the sake of simplicity, there’ll be no mandatory amortization or cash sweeps (i.e. optional prepayments) across the forecast period.

For a variable interest rate, a spread is added to the market rate (e.g. LIBOR) for each corresponding year.

But in this case, the senior notes are priced at a fixed rate of 8.5%, which is kept constant for the entirety of the forecast and multiplied by the average between the beginning and ending balance. 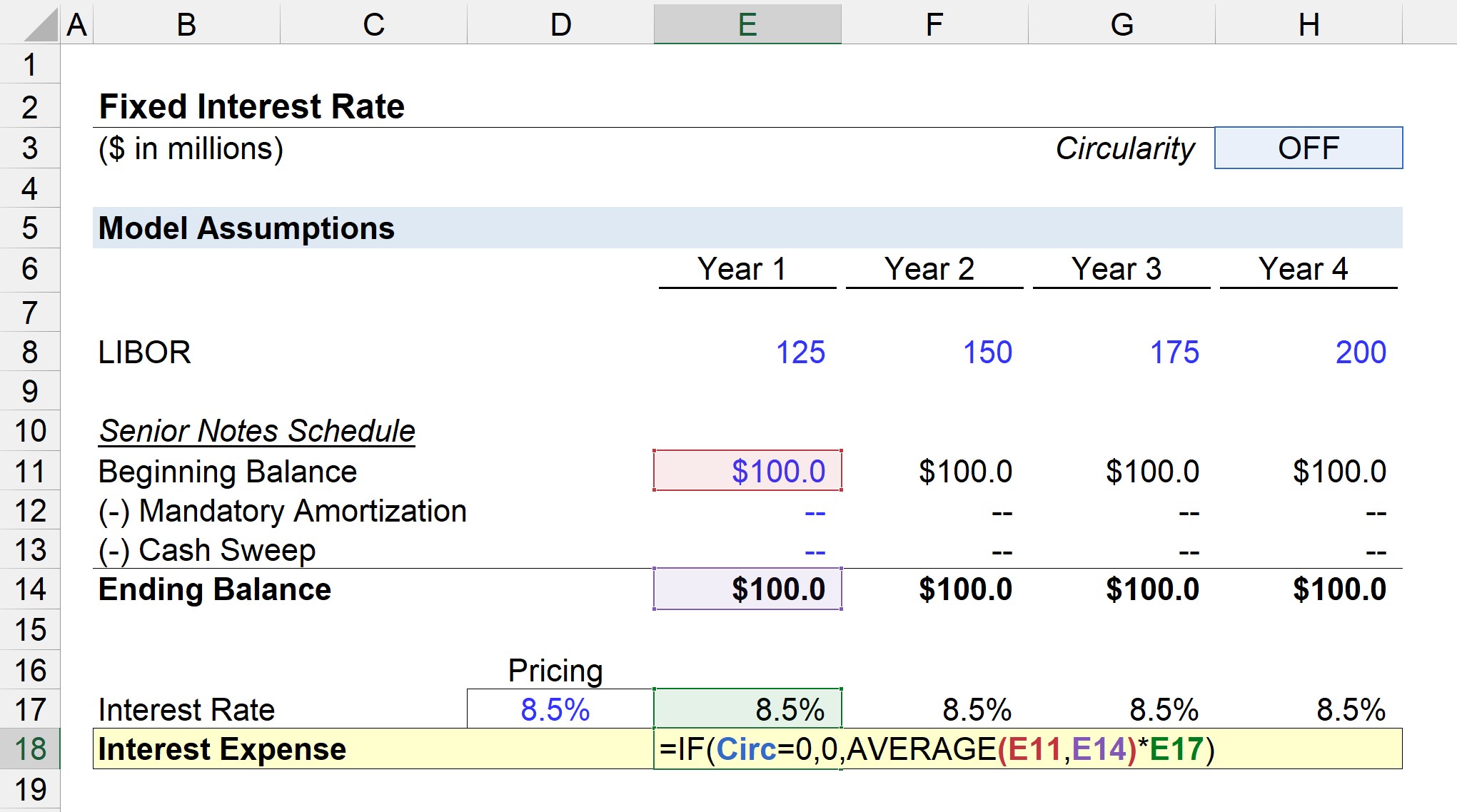 While not relevant to our scenario because of our assumption of no mandatory amortization or cash sweep, we must add a circularity switch to offset the risk of our model malfunctioning due to the circularity created.

Since the balance of the senior notes does not change at all throughout the four years, the interest expense stays at $8.5 million every year as shown below. 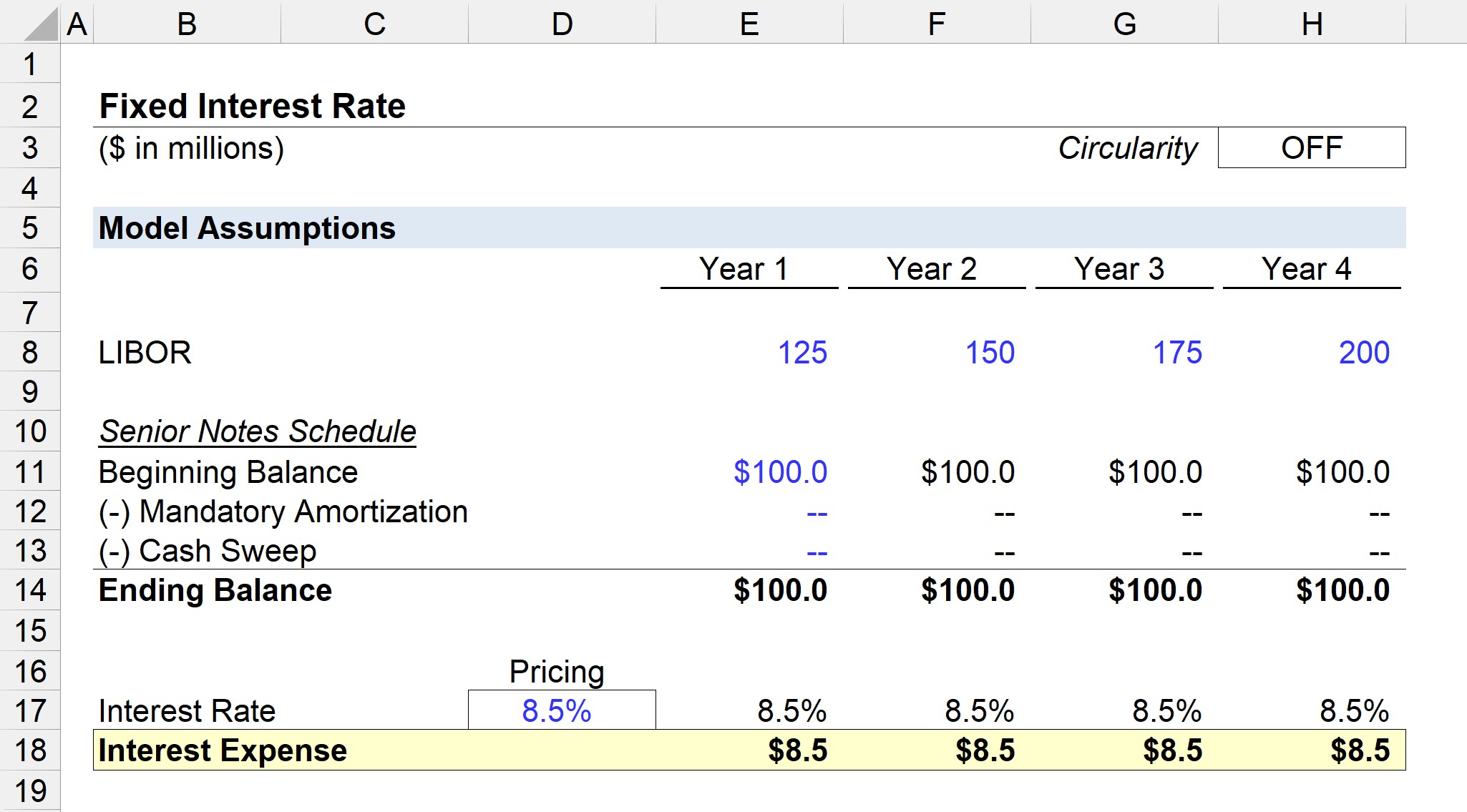