How M&A sellers prepare for and run a sales process 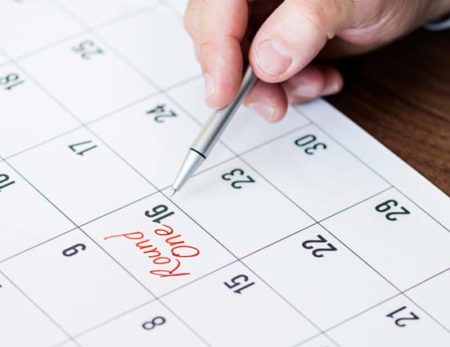 In M&A, the “sell-side process” describes the deal process from the seller’s (and its financial advisors’) perspective. There are a variety of reasons why a company might decide to sell:

The sell-side process might begin when an unsolicited buyer approaches the seller or when an owner independently arrives at the decision to sell, but ultimately, the seller has 4 ways it can organize the deal process:

A broad auction is designed to maximize the probability of a bid at the highest possible purchase price.

In a broad auction, the seller’s investment banker will reach out to many potential bidders and invite them to participate. A broad auction is designed to maximize the likelihood of receiving bids from multiple parties and to increase the probability of a bid at the highest possible purchase price.

Advantages of a broad auction

Disadvantages of a broad auction

Middle market businesses are best suited for a broad auction

Middle market businesses with under $100 million in equity value are best suited for a broad auction. That’s because the buyer pool is smaller for larger companies. Larger sellers tend to be better suited for limited auctions (see below).

A limited auction is preferable to a broad auction for larger company whose buyer universe is small (i.e. 10-50 potential buyers including both financial and strategic buyers). For obvious reasons, a company with a purchase price of $500 million will be dealing with a smaller buyer pool than that of a middle market company. For such a large company, a limited auction is the logical choice for running a formal process while containing the disruption of a broad auction and preserving as much confidentiality as possible.

In a targeted auction, the seller may reach out to 2 to 5 hand-picked potential buyers. This approach makes sense for larger companies that seek to maintain confidentiality and reduce business disruption while at the same time still retaining a formal process and soliciting enough buyers to meet the seller’s fiduciary responsibility to shareholders. For example, in our M&A case study of Microsoft’s acquisition of Linkedin, Linkedin, along with with investment banker Qatalyst Partners, invited Microsoft, Salesforce, Google, Facebook and another undisclosed party to participate via a targeted auction. A targeted auction made sense for LinkedIn, who realistically has only a handful of potential buyers and for who transaction confidentiality was of utmost importance. Of course, the risk of a targeted auction is that leaving uninvited potential bidders out of the process does not maximize purchase price potential.

At the other end of the spectrum from a broad auction is an exclusive negotiation, in which the buyer negotiates exclusively with one partner. The primary advantage is the maintenance of confidentiality, the speed of getting to close and the minimal business disruption. The disadvantages are apparent: One potential buyer means lower negotiating leverage for the seller and an increased probability that value isn’t being maximized for shareholders.

A company’s decision to sell is often triggered by an unsolicited approach from a buyer. When that’s the case, the seller can either continue to negotiate exclusively with the buyer or attempt to take control of the process by retaining an investment banker and implementing an auction.

When the seller is running an auction process (broad, limited or even targeted), the M&A process is generally broken into four discrete stages:

Sell side auction process and timeline

Note that in an exclusive negotiation the phases are less defined. For example, the seller may not define a clear timetable or distribute a CIM. There might not be a clearly defined Round 1 and Round 2, etc.