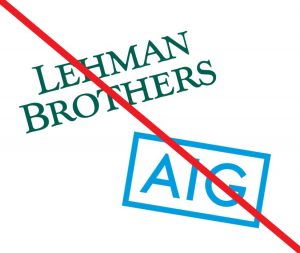 The greatest global financial crisis since the Great Depression was triggered in 2008 by multiple factors including the collapse of the subprime mortgage market, poor underwriting practices, overly complex financial instruments, as well as deregulation, poor regulation, and in some cases a complete lack of regulation. The crisis led to a prolonged economic recession, and the collapse of major financial institutions, including Lehman Brothers and AIG.

Perhaps the most substantial piece of legislation that emerged from the crisis is the Dodd-Frank Act, a bill that sought to improve the regulatory blind spots that contributed to the crisis, by increasing capital requirements as well as bringing hedge funds, private equity firms, and other investment firms considered to be part of a minimally regulated “shadow banking system.”

Such entities raise capital and invest much like banks but escaped regulation which enabled them to over-leverage and exacerbated system-wide contagion. The jury is still out on Dodd-Frank’s efficacy, and the Act has been heavily criticized by both those who argue for more regulation and those who believe it will stifle growth.

“Pure” investment banks like Goldman Sachs and Morgan Stanley traditionally benefited from less government regulation and no capital requirement than their full service peers like UBS, Credit Suisse, and Citi.

During the financial crisis, however, the pure investment banks had to transform themselves to bank holding companies (BHC)  to get government bailout money.  The flip-side is that the BHC status  now subjects them to the additional oversight.

Industry Prospects After the Crisis

Since the crisis, investment banking advisory fees have recovered from a low of $66 billion in 2008 to a high of $96 billion by 2014, only to come back down to $74 billion in 2016, as IPOs declined sharply over the last couple of years.

On the heels of the financial crisis, the future of the industry was a highly debated topic.  There is no question that 8 years later, the financial services industry is still going through something pretty significant.  Since 2008, banks have been operating in a far more highly regulated environment while historically low interest rates make it harder for banks to generate profits.  [January 2017 update: The presidential election in November 2016 has breathed new life into financial stocks, as investors are betting that bank regulation will be eased, interest rates will rise, and tax rates will drop.]

Perhaps even more concerning for investment banks is the reputation damage suffered during the financial crisis. The ability to hire and retain the best and brightest is perceived on Wall Street as the secret sauce for long term sustainable growth.  Accordingly, banks are increasingly reviewing their work/life balance and recruiting policies in reaction to smaller fractions of ivy league graduating classes going into finance. And of course, those trying to break into the industry will find that compensation is still insanely high compared to other career opportunities.

Use the form below to download our free Investment Banking Salary Guide: