The History of Investment Banking 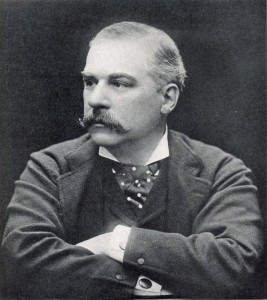 Undoubtedly, investment banking as an industry in the United States has come a long way since its beginnings. Below is a brief review of the history

Prior to the great depression, investment banking was in its golden era, with the industry in a prolonged bull market.  JP Morgan and National City Bank were the market leaders, often stepping in to influence and sustain the financial system.  JP Morgan (the man) is personally credited with saving the country from a calamitous panic in 1907. Excess market speculation, especially by banks using Federal Reserve loans to bolster the markets, resulted in the market crash of 1929, sparking the great depression.

During the Great Depression, the nation’s banking system was in shambles, with 40% of banks either failing or forced to merge. The Glass-Steagall Act (or more specifically, the Bank Act of 1933) was enacted by the government with the intent of rehabilitating the banking industry by erecting a wall between commercial banking and investment banking. Additionally, the government sought to provide the separation between investment bankers and brokerage services in order to avoid the conflict of interest between the desire to win investment banking business and duty to provide fair and objective brokerage services (i.e., to prevent the temptation by an investment bank to knowingly peddle a client company’s overvalued securities to the investing public in order to ensure that the client company uses the investment bank for its future underwriting and advisory needs). The regulations against such behavior became known as the “Chinese Wall.”

In light of the repeal of negotiated rates in 1975, trading commissions collapsed and trading profitability declined.  Research-focused boutiques were squeezed out and the trend of an integrated investment bank, providing sales, trading, research, and investment banking under one roof began to take root.  In the late 70’s and early 80’s saw the rise of a number of financial products such as derivatives, high yield an structured products, which provided lucrative returns for investment banks.  Also in the late 1970s, the facilitation of corporate mergers was being hailed as the last gold mine by investment bankers who assumed that Glass-Steagall would some day collapse and lead to a securities business overrun by commercial banks. Eventually, Glass-Steagall did crumble, but not until 1999. And the results weren’t nearly as disastrous as once speculated.

In the 1980s, investment bankers had shed their stodgy image. In its place was a reputation for power and flair, which was enhanced by a torrent of mega-deals during wildly prosperous times. The exploits of investment bankers lived large even in the popular media, where author Tom Wolfe in “Bonfire of the Vanities” and movie-maker Oliver Stone in “Wall Street” focused on investment banking for their social commentary.

Finally, as the 1990s wound down, an IPO boom dominated the perception of investment bankers. In 1999, an eye-popping 548 IPO deals were done – among the most ever in a single year — with most going public in the internet sector.

The enactment of the Gramm-Leach-Bliley Act (GLBA) in November 1999 effectively repealed the long-standing prohibitions on the mixing of banking with securities or insurance businesses under the Glass-Steagall Act and thus permitted “broad banking.” Since the barriers that separated banking from other financial activities had been crumbling for some time, GLBA is better viewed as ratifying, rather than revolutionizing, the practice of banking.

Use the form below to download our free Investment Banking Salary Guide:

So informative! Thanks to this author. I am so happy that these kind of content i am getting for free to read. Thanks!