What is an IPO?

An Initial Public Offering (IPO) is the process wherein a privately held company issues equity in the form of stock to the public markets for the first time. 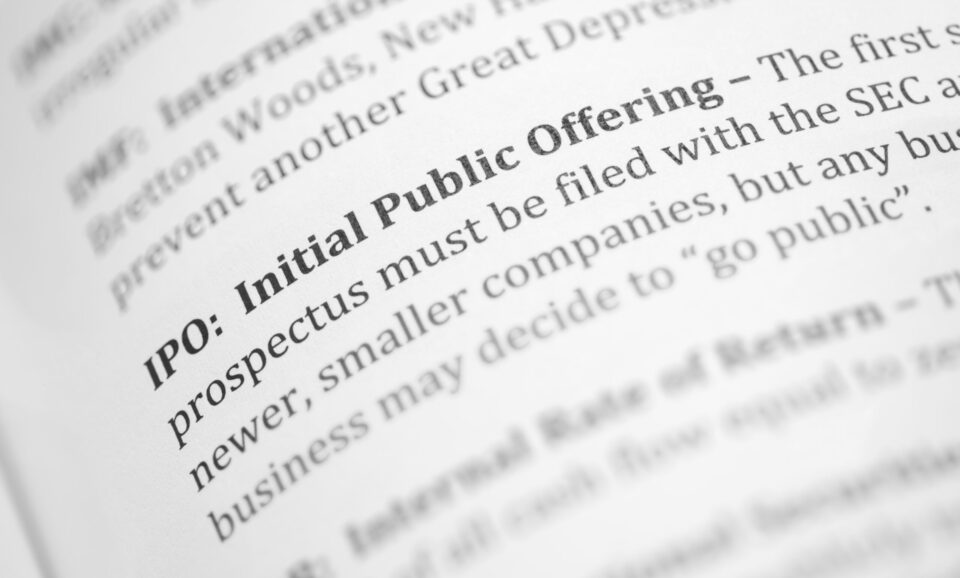 IPO Primer: What is an Initial Public Offering? (Going Public)

The term IPO stands for “Initial Public Offering” and is defined as the process in which a private company issues shares of itself to the public.

The securities issued, most often common shares, represent partial ownership stakes in the underlying equity of the issuer.

An initial public offering (IPO) is a major milestone to many private companies, since the objective of most venture or growth-capital backed companies is to someday become publicly traded.

Once the formerly private-held company has undergone an initial public offering (IPO), it is now recognized as a public company, i.e. it has “gone public”.

An IPO is an opportunity for a private company to raise a significant amount of capital by offering its shares to the public, while existing investors can exit their holdings and realize a return on their investment once the lock-up period has passed.

The newly issued shares of the company are then listed on a stock market exchange, such as the New York Stock Exchange (NYSE) or the Nasdaq.

Stock exchanges like the NYSE and Nasdaq function as a centralized market connecting buyers with sellers, with the market participants ranging from retail investors to institutional investors such as hedge funds. 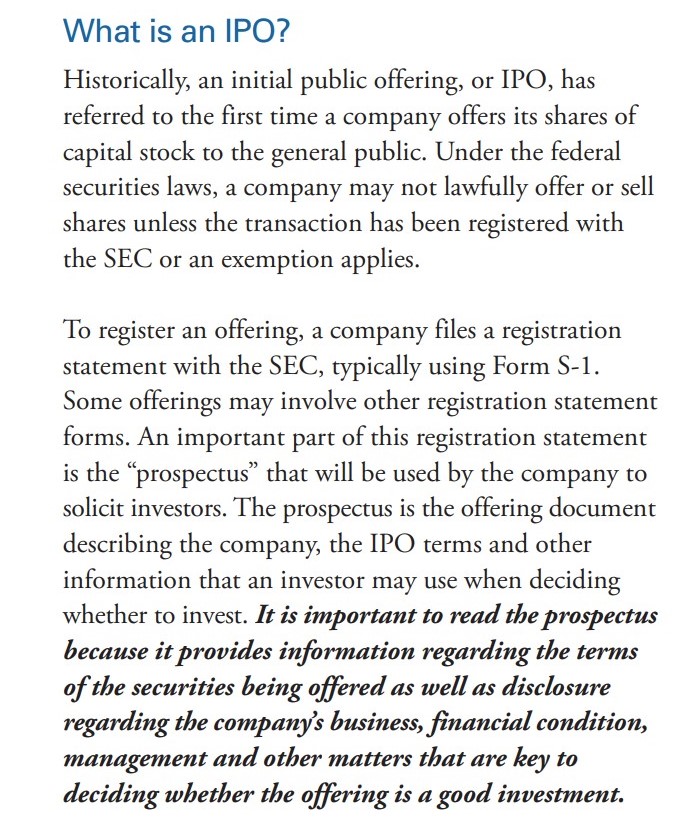 The underwriter of most IPOs, aside from those at the very bottom range in size, are offered to the public through a syndicate of underwriters.

The group of underwriters works with the issuer to structure the issuance, with the risk spread across various firms, instead of concentrated on one investment bank.

But while there are likely numerous investment banks advising on the deal, there is typically a “lead underwriter” with more responsibilities and influence than the other advisory firms.

Together, the underwriters of the IPO must structure the offering and settle on the terms. In particular, the offering price must be set appropriately, where the maximum amount of capital is raised (i.e. no money is left on the table) and there is sufficient demand in the market.

For a private company to successfully undergo an initial public offering (IPO), the specific requirements established by the Securities and Exchange Commission (SEC) must be met.

The core documentation filed with the SEC is the S-1 registration statement, which is composed of two parts:

The table below describes the key sections of the S-1:

Going public provides numerous advantages to the company (and to its existing investors).

The benefits of becoming publicly traded, especially from a monetary perspective, are relatively straightforward. However, there are several downsides that management must weigh when contemplating the decision to either go public or remain private.

In recent years, more companies have opted to go public through a direct listing, as opposed to via an IPO. The direct listing process bypasses the time-consuming, costly underwriting process, as a team of underwriters is not necessary.

The traditional advisory services from an investment bank, such as pricing guidance and stabilization efforts, are not needed because the company in such a case decides to rely on the market to determine the price.

There are significant risks attached to the decision to go public via a direct listing, where the upside and downside are both magnified. Significant price volatility tends to be a characteristic inherent to direct listings, irrespective of the outcome.

Generally, a direct offering tends to only be feasible for companies with a well-known brand, where investor interest is already practically guaranteed.

For instance, Spotify (NYSE: SPOT) decided to proceed with the direct listing route at a time when the company was already the market leader in the music streaming vertical. Thus, the anticipation from investors for the IPO was high, while the overall market sentiment was very optimistic.

The notable benefits of going public via a direct listing are as follows.

To reiterate, however, a direct listing remains the riskier option since the process is relatively new, and because there is no assurance that the shares will be priced “correctly” by the market or that a sufficient number of shares will be sold.

The shares of newly public companies frequently surge on the first day of trading, with the market capitalization (i.e. equity value) rising in excess of $50 to $80 million on the first day.

The delta in the IPO offering price and the market share price is the source of much criticism, where investment banks are accused of intentionally underpricing IPOs (and “leaving money on the table”).

However, one must consider that the underwriter must ensure all of the shares are sold, rather than to solely maximize the valuation. Striking the right balance between the two is easier said than done, and the same applies to predicting demand from the retail market.

With that in mind, the underpricing of an IPO can be attributed to the investment bank’s primary goal to sell all the shares being offered in the issuance, i.e. the trade-off between offer price maximization and selling the entire issuance.

The more concerning claim is that investment banks intentionally underprice IPOs for their own self-interest, with regard to building trust among institutional investors.

The fact that those institutions are also clients brings attention to a potential conflict of interest.

The post-IPO spike in the share price of a newly listed company represents profits to the investors (i.e. the institutional network of the investment bank) that participated in the IPO sale.

Given that part of investment banking function is to manage relationships with institutional clients, there is valid reason for such criticism.

Suppose the IPO price were hypothetically priced perfectly and the share price movement was non-existent (or perhaps even declined), then clients would not be able to benefit from the share price appreciation.

On the other hand, an instantaneous rise in the share price post-IPO (and high returns) is likely to establish a long-term relationship with the institutional investor, with an increased probability of participation in future IPOs underwritten by the investment bank.

Therefore, many critics support direct listing in lieu of the traditional IPO. Venture capitalist Bill Gurley has held long-standing views that the discounted feature of the IPO is not a mistake, but rather a part of the business model.