Guide to Understanding the J-Curve in Private Equity

What is the J-Curve?

The J-Curve illustrates the timing of the receipt of proceeds by a private equity fund’s limited partners (LPs).

The J-curve is a graphical representation with private equity returns where initial losses cause a dip, followed by a reversal as the firm realizes gains on its investments.

In the private equity industry, the term “J-curve” refers to the trend line that shows the timing of a fund’s lifecycle stages relative to the proceeds received by a fund’s limited partners (LPs).

The limited partners (LPs) commit capital to the private equity firm’s fund, and the firm’s general partners (GPs) invest the capital contributed on behalf of their clients.

The three stages of the private equity life cycle are as follows.

In the early stages of the fund’s lifespan – which typically lasts approximately 5 to 8+ years – the graphical representation of the cash inflows / (outflows) from the perspective of the LPs is a steep, downward slope.

The initial drop-off is attributable to the capital commitments from LPs and the annual management fee paid to the PE firm.

Both the initial capital commitments and the management fees represent outflows of cash.

The magnitude of the outflow will reduce over time as more capital commitments occur, meaning that the fund has less capital available to call, while the management fees remain around a fixed range.

The average holding period in private equity is five to eight years, so as the fund exits its portfolio companies, the downward curve begins to reverse course and trend upward.

The curve trending upward implies the returns to the LPs are now realized.

The three most common exit strategies for private equity firms are the following: 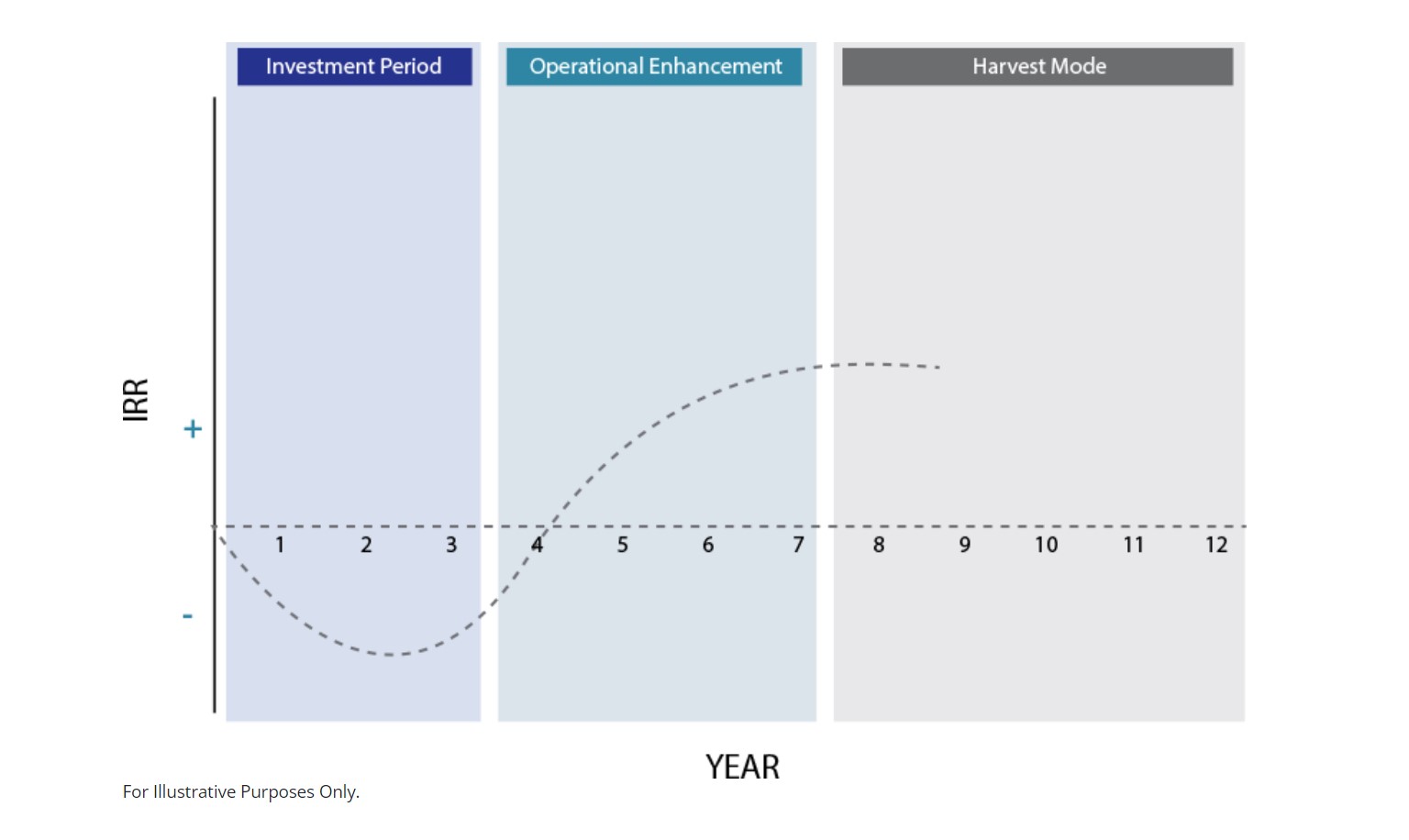 In the beginning stages of the fund, once the PE firm has reached its target capital raise, the firm starts to request the capital that was committed from the LPs in order to deploy them into investments (LBOs).

The greater the proportion of the committed capital is allocated, the less liquid the fund is, i.e. the portfolio companies will not be sold or exited for another five to eight years.

Given more time, the firm gradually starts to exit (and realize the returns from the investment), which causes the J-curve to spiral upward, contingent on how successful the buyout panned out.

While it’ll depend on the private equity firm’s investment style and the number of investment opportunities available, the reversal occurs sooner when the fund’s investments are made earlier, rather than sitting idly as “dry powder”.

Once most or all of the fund’s capital commitments have been deployed, the fund is no longer liquid and the firm’s focus shifts toward value creation at the portfolio company level.

In contrast, once most of the investments have been realized (i.e. the harvest period), the portfolio is now liquid, but the PE firm has effectively run out of capital to deploy.