Understand the Rule of 72 Concept

The Rule of 72 is a shorthand method to estimate the number of years required for an investment to double in value (2x).

In practice, the Rule of 72 is a “back-of-the-envelope” method of estimating how long it would take an investment to double given a set of assumptions on the interest rate, i.e. rate of return.

The Rule of 72 is a convenient approach to approximate how long it will take for invested capital to double in value.

In order to figure out the number of years it would take to double an investment, 72 is divided by the investment’s annual return.

The calculation is more so a rough estimate – i.e. “back of the envelope” math – that provides a relatively accurate figure.

For a more precise figure, using Excel (or a financial calculator) is recommended.

The formula for the Rule of 72 divides the number 72 by the annualized rate of return (i.e. the interest rate).

The Rule of 72 Formula

The chart below provides the approximate number of years for an investment to double, given a rate of return ranging from 1% to 10%. 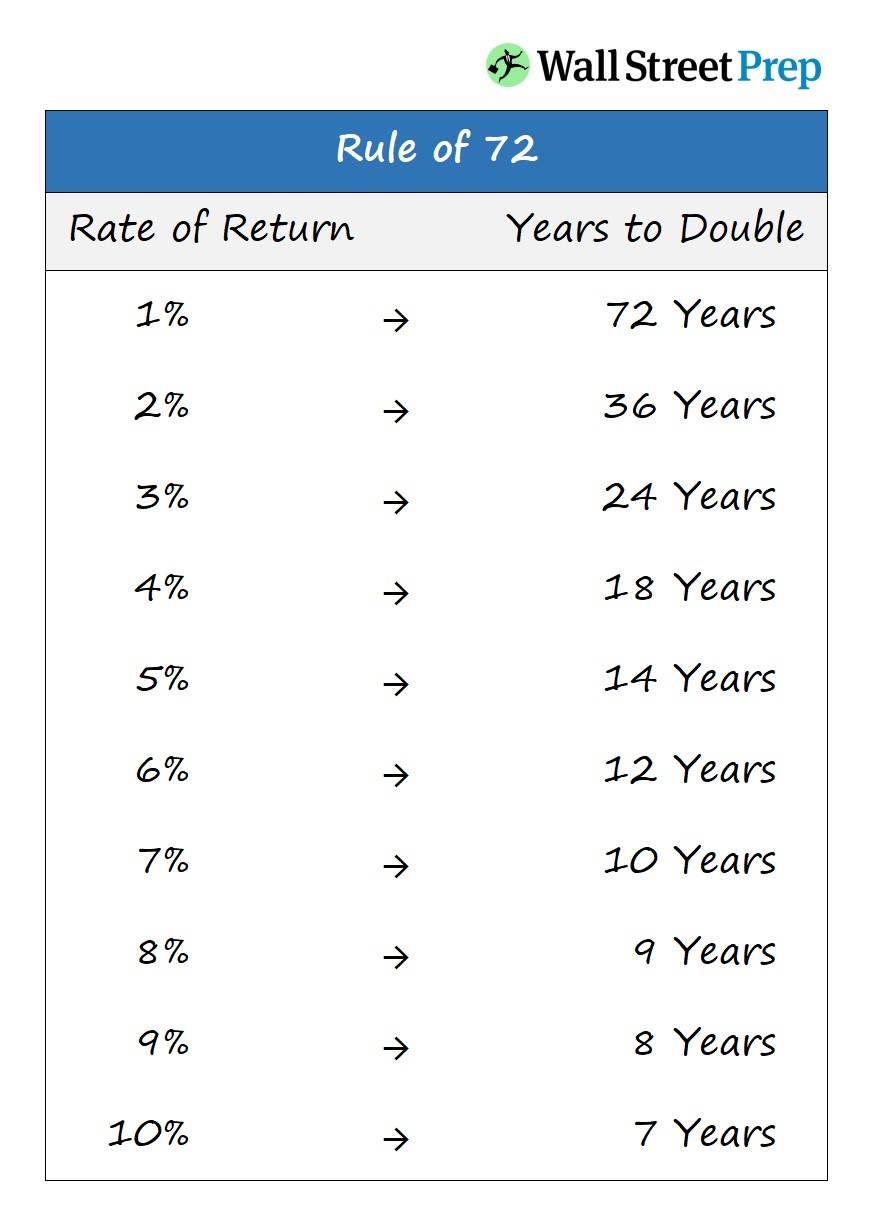 The Rule of 72 applies to cases of compound interest, but not to simple interest.

Let’s say, for example, an investment is earning 6% each year.

If we divide 72 by 6, we can calculate the number of years it would take for the investment to double.

In our illustrative scenario, the investment needs around 12 years before doubling in value.

There is also a related but lesser-known rule, called the “Rule of 115”.

By dividing 115 by the rate of return, the estimated time for an investment to triple (3x) can be calculated.

Continuing off the previous example with the 6% return assumption:

Rule of 72 formula offer you to have simple calculation where you can solve your equation of doubling the investment time period.