What is an LBO Returns Attribution Analysis?

An LBO Returns Attribution Analysis quantifies the contribution from each of the main value creation drivers in private equity investments.

The framework for measuring the sources of value creation from a leveraged buyout (LBO) transaction is composed of three main parts:

To preface our post on value creation analysis in LBOs, there are three main drivers of returns, which we’ll further expand upon here:

The main drivers of value creation in LBOs can be segmented into two distinct categories.

The first two mentioned earlier – i.e. EBITDA growth and multiple expansion – are each tied to the increase (or decrease) in the enterprise value of the post-LBO company across the holding period.

The third and final driver, the capital structure, is more related to how the LBO transaction was financed, i.e. “financial engineering”.

EBITDA, shorthand for “earnings before interest, taxes, depreciation and amortization”, is a profit metric that measures a company’s ability to efficiently generate cash flows from its core operations.

Using EBITDA as a proxy for a company’s operating cash flows tends to be the industry standard, irrespective of its shortcomings – namely because of how EBITDA is capital structure neutral and indifferent to discretionary accounting decisions.

Therefore, increasing EBITDA via revenue growth and operational enhancements directly causes the valuation of a company to rise.

Improvements in EBITDA growth can be a function of strong revenue growth year-over-year (YoY), but fixing cost inefficiencies and operational weaknesses is arguably a preferred route – albeit, both accomplish the goal of increasing EBITDA.

Some examples of value-add opportunities to improve profit margins include:

Nonetheless, companies exhibiting double-digit revenue growth (or have the potential to grow at such rates) are sold at much higher multiples than low-single-digit growth companies, which is also a crucial consideration because PE firms cannot afford to overpay for an asset.

LBO models are frequently referred to as a “floor valuation”.

Why? The LBO model estimates the maximum entry multiple (and purchase price) that could be paid to acquire the target while still realizing a minimum IRR of, say, 20% to 25%.

Note that each firm has its own specific “hurdle rate” that must be met for an investment to be pursued.

Therefore, LBO models calculate the floor valuation of a potential investment because it determines what a financial sponsor could “afford” to pay for the target.

Multiple expansion is achieved when a target company is purchased and sold on a future date at a higher exit multiple relative to the initial purchase multiple.

If a company undergoes LBO and is sold for a higher price than the initial purchase price, the investment will be more profitable for the private equity firm, i.e. “buy low, sell high”.

Once a private equity firm acquires a company, the post-LBO firm strives to pursue growth opportunities while identifying and improving upon operational inefficiencies.

Private equity investors typically do not rely on multiple expansion, however. The entry and exit multiples can fluctuate substantially, so expecting to exit at a set multiple five years from the present date can be a risky bet.

The capital structure is arguably the most important component of a leveraged buyout (LBO).

The less equity the financial sponsor is required to contribute towards the funding of the LBO transaction, the higher the potential equity returns to the firm, so firms seek to maximize the amount of debt used to finance the LBO while balancing the debt levels to ensure that the resulting bankruptcy risk is manageable.

The capital structure is a key determinant of the success (or failure) of an LBO because the usage of debt brings substantial risk to the transaction, i.e. most of the downside risk and default risk stems from the highly levered capital structure.

The prevailing capital structures observed in the LBO markets tend to be cyclical and fluctuate depending on the financing environment, but there has been a structural shift away from the 80/20 debt-to-equity ratios in the 1980s to 60/40 splits in more recent times.

The standard LBO purchase is financed using a high percentage of borrowed funds, i.e. debt, with a relatively minor equity contribution from the sponsor to “plug” the remaining funds necessary.

Throughout the holding period, the sponsor can realize greater returns as more of the debt principal is paid down via the company’s free cash flows.

The rationale behind using more debt is that the cost of debt is lower due to:

Of course, there are more than three drivers that increase returns on an LBO.

For instance, one of the more common strategies is via add-on acquisitions, in which the portfolio company of a PE firm (i.e. the “platform company”) acquires smaller-sized companies.

But for the math to work, the add-on acquisitions must be accretive, i.e. the acquirer is valued at a higher multiple than the target.

The increased scale and diversification from these consolidation plays can contribute to more stable, predictable cash flows, which are two traits that private equity investors place substantial weight on.

Add-ons provide numerous branding, pricing power, and risk-related benefits to the platform company, but also increase the odds of exiting at a higher multiple than at entry, i.e. multiple expansion.

Another method to boost LBO returns is via a dividend recapitalization, which occurs when a financial sponsor raises more debt with the purpose of issuing themselves a dividend.

Dividend recaps are performed to monetize profits from the LBO prior to a complete exit, and the timing of the recap has the additional benefit of increasing the fund’s IRR since the proceeds are received earlier.

Suppose a financial sponsor completed the LBO of a target company with an LTM EBITDA of $50 million, which will expand at a constant growth rate of 5% throughout the entire five-year time horizon.

Using those assumptions, we can calculate the purchase enterprise value (TEV) as $500 million by multiplying the LTM multiple by the LTM EBITDA.

We can also calculate the net debt in Year 0 by multiplying the initial leverage multiple by the LTM EBITDA.

Each year, we’ll assume the net debt paydown is 20% until the financial sponsor exits the investment at the end of Year 5.

By the time the sponsor exits its investment, the target was able to pay down 95% of its initial net debt, i.e. debt declined from $300 million to $15 million.

While it is the standard convention for the exit multiple to be conservatively set equal to the purchase multiple, we’ll assume in this case that the exit multiple is 12.0x and then multiply it by the LTM EBITDA in Year 5 to arrive at the exit enterprise value.

We now have all the necessary inputs for our value creation analysis.

The first step is to calculate the entry valuation by subtracting the initial net debt and adding the fees (i.e. transaction and financing fees) to the purchase enterprise value.

In the second step, we’ll calculate the exit valuation by subtracting the exit year net debt from the exit enterprise value and subtracting fees.

However, the exit enterprise value is “net” of fees, so the proceeds received should be reduced by the transaction and financing fees that need to be paid at exit.

In the final step, we’ll calculate the value contribution from each driver using the following formulas:

The following percentages reflect which variables were the most impactful on returns. 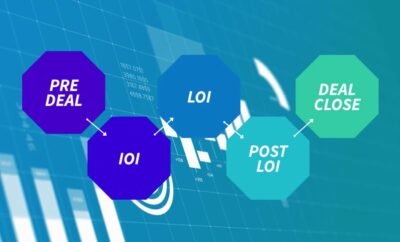