What is Unitranche Debt?

Unitranche Debt is structured as a single financing arrangement comprised of a roll-up of separate tranches, i.e. first and second lien debt, into a single credit facility. 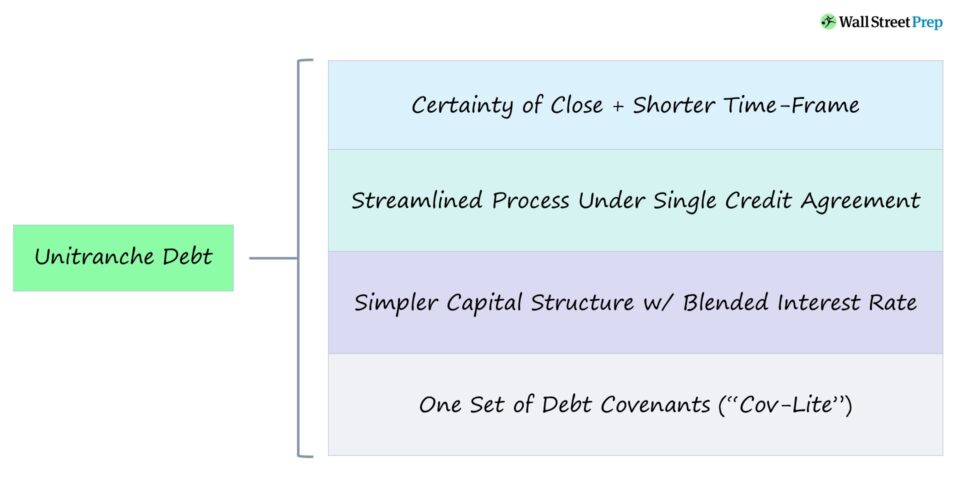 Companies are increasingly opting for unitranche financing in lieu of traditional credit facilities as it presents a “one-stop-shop” to obtain necessary funds.

Unitranche debt is a distinct financing arrangement in which senior and junior tiers of debt tranches are blended into a single offering.

So from the perspective of the borrower, unitranche debt is essentially an agreement with just one lender, with a single set of contractual terms.

So how does unitranche debt fix these issues?

Unitranche debt provides multiple benefits, not just to the borrower but the lenders, as well, namely:

The simplified negotiations and reduction in paperwork are among some of the prime appeals to unitranche financing.

While there is yet to be standardization in the structure of unitranche lending agreements, the following tend to be true generally:

The pricing on unitranche debt – i.e. the interest rate – sits right between the highest and lowest rates on the separate tranches.

The interest rate represents a “blended” rate that should reflect the spread of risk between senior and subordinated debt.

There are exceptions to the rule regarding interest rates, but as a generalization:

Since unitranche debt is typically held onto by lenders until maturity, price volatility in the secondary markets is much less of a concern.

Generally speaking, there are two types of unitranche loans:

In the former, stretch unitranche combines senior and subordinated debt into one financing package, typically for funding LBOs in the middle-market (i.e. it has a “stretch” leverage multiple to accommodate the buyout).

As for the latter, a bifurcated unitranche slices the loan into two distinct tranches:

The first-out portion gets priority of payment if certain triggering events occur.

Since the loan is split into first-out and last-out tranches, the AAL establishes the waterfall payment schedule and allocation of fees/interest to lenders.

Since payments are “blended,” the apportion and distribution of the funds must be done per the AAL, which is the unified document meant to maintain order among creditors, similar to an inter-creditor agreement.

Side Note: The details contained within the AAL are kept confidential from the borrower.

Even before the COVID pandemic, concerns were mounting regarding unitranche financing and the direct lending market as a whole.

One drawback to unitranche debt, in particular, remains unsettled – which is how the Bankruptcy Court treats the agreement among lenders (AAL).

The unitranche arrangements have yet to truly be tested by a major contraction in the economy or recession – which could inevitability cause a rise in bankruptcies and financial restructuring, where the novelty of AALs could potentially cause complications.

The AAL functions like an inter-creditor agreement by governing the priority ranking, voting rights, and different economics among creditors.

Still, the enforceability of the agreement in Court remains questionable because the bifurcated unitranche debt still practically appears as a single tranche of lenders.

The unitranche debt market was already in the midst of gradually picking up steam at the time, but the Financial Crisis in 2007/2008 was a major catalyst.

Since then, the growth in unitranche financing volume was due in part to the emergence of specialty lenders, such as:

Historically, unitranche loans were a funding source utilized in middle-market transactions. In particular, middle-market private equity firms were the most active in their reliance on unitranche financing to fund leveraged buyouts (LBOs).

But even larger-sized deals now appear to have caught on to the trend. In 2021, the buyout of Stamps.com by Thoma Bravo for $6.6 billion was financed with $2.6 billion of unitranche debt provided by Blackstone, Ares Management, and PSP Investments.

Nowadays, unitranche debt seems to be headed in a direction beyond just combining first-lien/second-lien structures.

For instance, a senior/mezzanine financing blend with an “equity kicker” attached, “split collateral” unitranche debt, and other unique hybrid offerings appear to be on the horizon – resulting in a promising outlook for the market in the coming years. 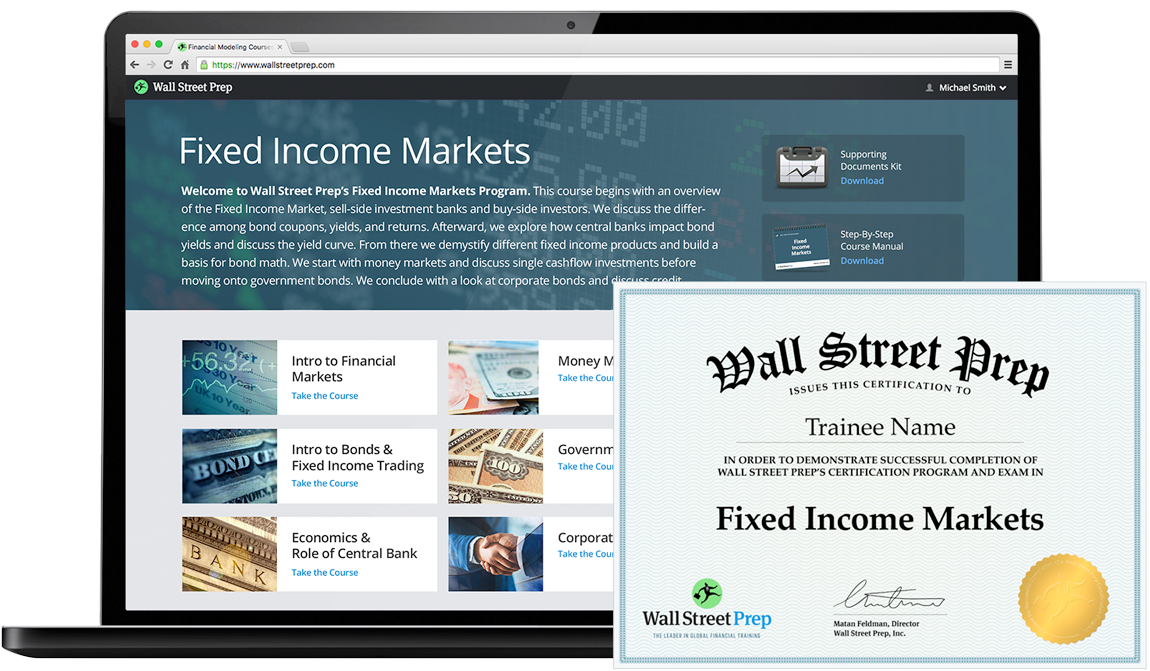 Wall Street Prep's globally recognized certification program prepares trainees with the skills they need to succeed as a Fixed Income Trader on either the Buy Side or Sell Side. 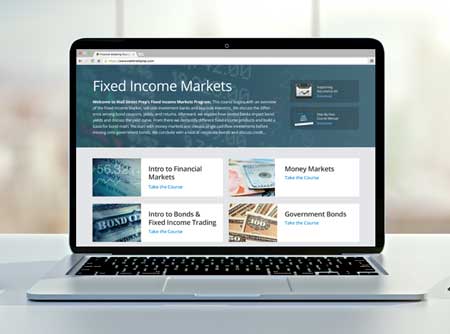