What is an Accumulated Deficit?

The Accumulated Deficit line item arises when a company’s cumulative profits to date have become negative, which most often stems from either sustained accounting losses or dividends.

How to Calculate Accumulated Deficit

An accumulated deficit occurs when a company has incurred more losses than profits since its inception.

On the balance sheet, a company’s retained earnings line item — the cumulative earnings carried over and not distributed to shareholders as dividends — serves virtually the same purpose as the accumulated deficit.

Hence, the term “accumulated deficit” can be used interchangeably with “retained loss.”

But for purposes of financial reporting, companies with a negative retained earnings balance will often opt to report it as an accumulated deficit.

How to Interpret Negative Retained Earnings

If a company’s retained earnings balance becomes negative, that could often be a cause for concern. But negative retained earnings should be interpreted as a bad sign only if the cause is mounting accounting losses.

But one consideration is where the company is currently at in its lifecycle. For instance, growth-oriented startups and early-stage companies reinvesting heavily into themselves to support future growth and scale will incur substantial capital expenditure (CapEx), sales & marketing expenses, and research and development (R&D) expenses.

In the case of dividends, the cause of the negative retained earnings is actually beneficial to shareholders since more capital is distributed to shareholders (i.e. direct cash payments are received). 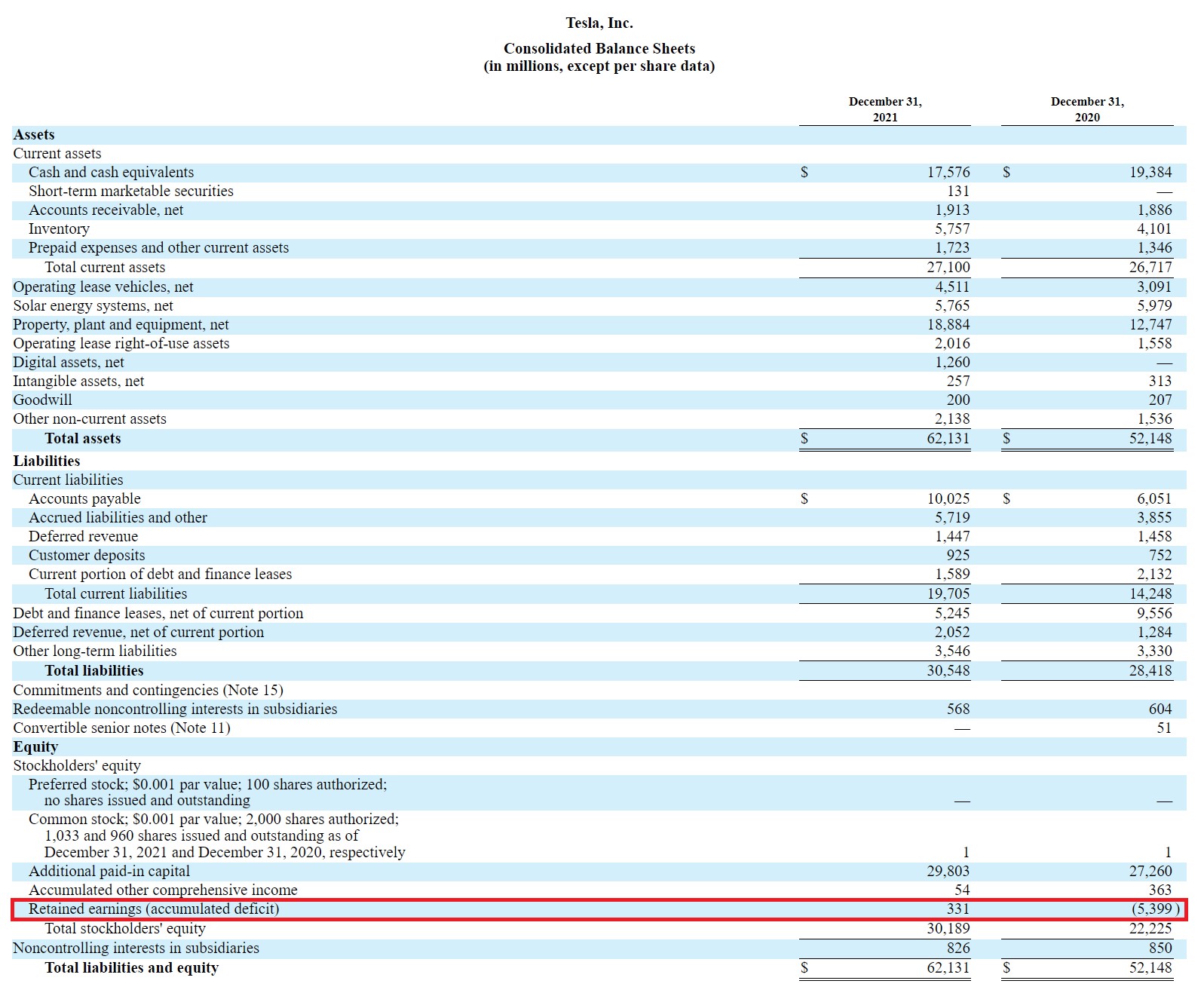 When Tesla’s retained earnings balance was negative in FY-20, it was reported as an accumulated deficit.

Conversely, suppose a different company with a retained earnings balance of $2 million just incurred a loss of $4 million in net income and paid no dividends.

In that case, the retained loss for the current period is negative $2 million.