Guide to Understanding the Burn Multiple

What is the Burn Multiple?

The Burn Multiple measures the amount a startup is spending in order to generate each incremental dollar of annual recurring revenue (ARR).

Popularized by David Sacks, the general partner and co-founder of Craft Ventures, the burn multiple is a tool for evaluating the burn rate of a startup as a multiple of its revenue growth.

SaaS companies normally have revenue models based around subscription services and/or multi-year contracts, making the burn multiple most applicable for high-growth SaaS startups.

The usefulness of the burn multiple stems from its ability to assess the cost at which growth is generated, rather than focusing solely on the rate of growth itself.

The formula for calculating the burn multiple is the ratio between the burn rate and the new annual recurring revenue (ARR).

Conversely, the burn multiple can also be denoted on a monthly basis, i.e. the net burn would be calculated using the monthly revenue and monthly operating expenses, while the net new monthly recurring revenue (MRR) would replace the recurring revenue metric.

The following rules are used to interpret a startup’s burn multiple: 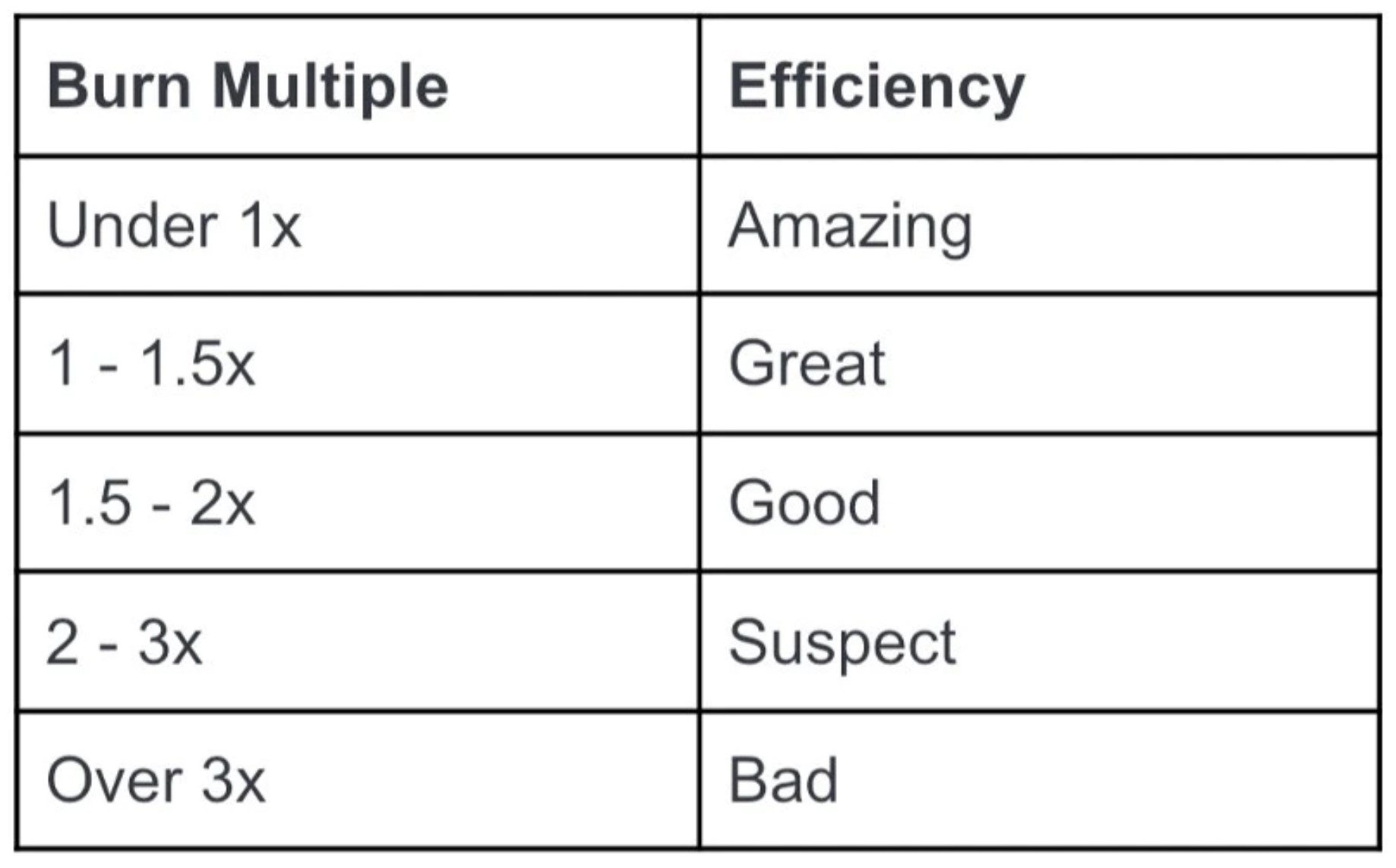 Startups with low burn multiples in theory should have more runway and be capable of withstanding an economic downturn, which practically all existing and potential investors would perceive positively.

In contrast, the growth of certain startups can be overly reliant on the continued injection of outside capital from investors.

But if access to capital were to end – i.e. existing or new venture capital firms were no longer willing to provide capital to fund growth – the startup’s unsustainable burn rate and low margins would likely soon catch up to them.

While growth often requires significant reinvestments and capital expenditures, startups with a substantial burn rate relative to their growth cannot support such a continued pace of spending, putting the startup in an unfavorable position of constantly needing to raise capital.

These sorts of startups should begin cost-cutting efforts immediately and work on improving their operational efficiency, especially if a slow-down in performance is expected.

The burn multiples of early-stage startups will typically improve and gradually approach zero as they mature. But once the burn multiple does reach zero, this implies that the previously unprofitable startup is now turning a profit.

The common causes of a high burn multiple include:

Suppose we’re attempting to evaluate a SaaS startup’s historical growth across the past four years.

While unrealistic, we assume in this exercise that the startup’s net burn remains constant at $10 million per year.

In the annual recurring revenue (ARR) roll-forward, the beginning ARR of our startup is $20 million.

From there, our assumptions for the new ARR, expansion ARR, and churned ARR are as follows.

The net new ARR is calculated by adding the new ARR to the expansion ARR and then subtracting the churned ARR.

Using those inputs, we can calculate the burn multiple for each year.

Our model indicates that the startup is becoming more efficient at generating revenue, as reflected by the declining burn multiple.

From Year 1 to Year 4, the burn multiple dropped from 2.0x to 0.5x – which given our fixed net burn assumption, implies that the startup’s sales efficiency must be improving as it continues to scale. 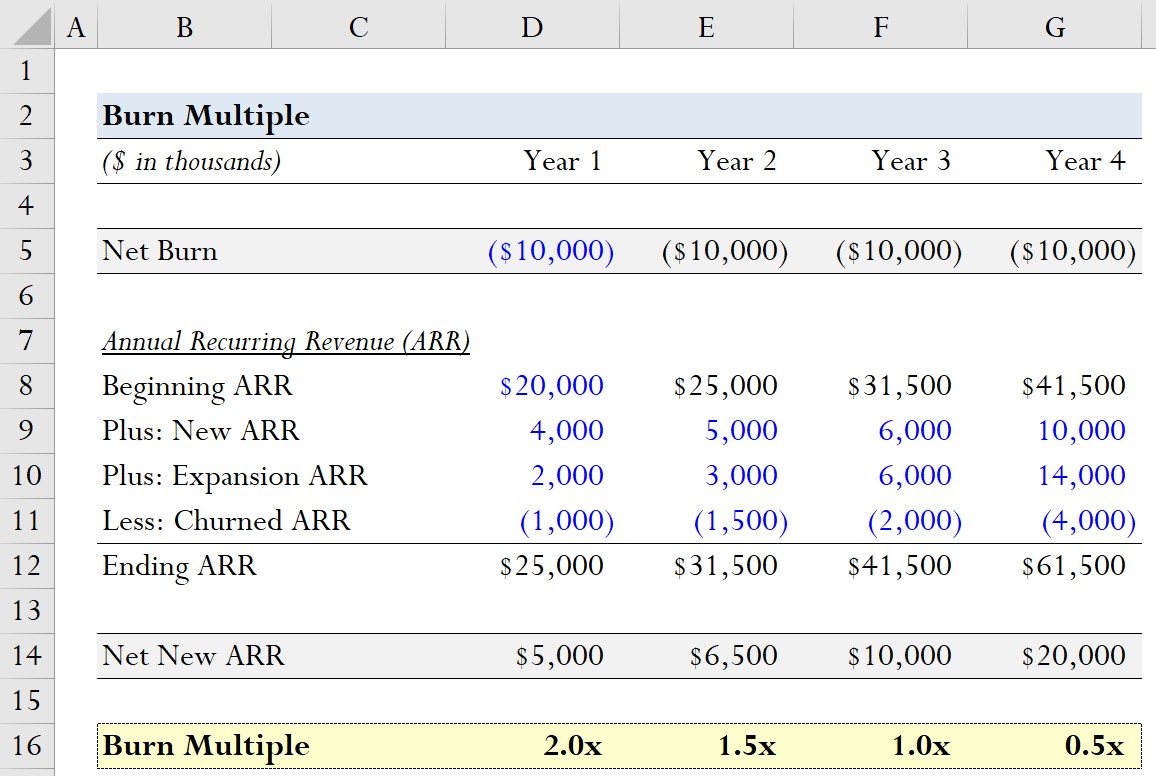