What is a Unicorn Startup?

A Unicorn Startup in the venture capital (VC) industry is a term that refers to a private startup that has obtained a total valuation in excess of $1 billion. 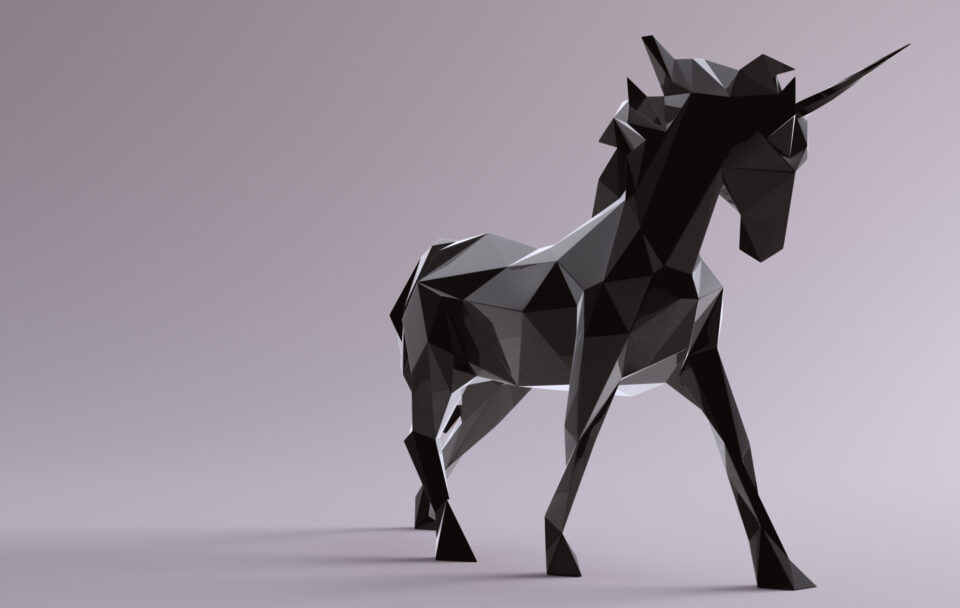 A unicorn startup is defined as a private company with a valuation of over $1 billion.

The term was initially coined by Aileen Lee – the founder of Cowboy Ventures – when she was discussing the rarity of startups with valuations over $1 billion.

In 2013, just 39 startups held unicorn status, which was the point of the reference.

“I was trying to come up with a word that would make it easier to use over and over again. I played with different words like ‘home run,’ ‘megahit,’ and they just all sounded kind of ‘blah.’ So I put in ‘unicorn’ because they are – these are very rare companies in the sense that there are thousands of startups in tech every year, and only a handful will wind up becoming a unicorn company. They’re really rare.”

However, as the number of unicorns has substantially gone up, the term has stuck and become a common buzzword in the venture capital industry.

The valuation of private startups is derived from funding provided by venture capital and institutional investors who participated in the startup’s financing rounds (e.g. Seed, Series A, B, C).

Furthermore, the value of these early-stage companies stems from their potential:

Unlike traditional valuations, VC valuation is far more forward-looking (and riskier), as opposed to being dependent on historical financial performance and fundamental measures.

In fact, the majority of these high-growth startups have yet to break even and are thus unprofitable.

According to industry research compiled by CB Insights, there are more than ~943 unicorns globally as of December 2021.

The sudden increase in the number of unicorns is largely attributable to the amount of dry powder mounting in the private markets (i.e. undeployed capital).

In particular, one trend has been the entrance of private investment firms that were primarily categorized as hedge funds into venture capital such as:

Additionally, more cross-border investment firms with large amounts of assets under management (AUM) have become household names in the venture capital industry including: 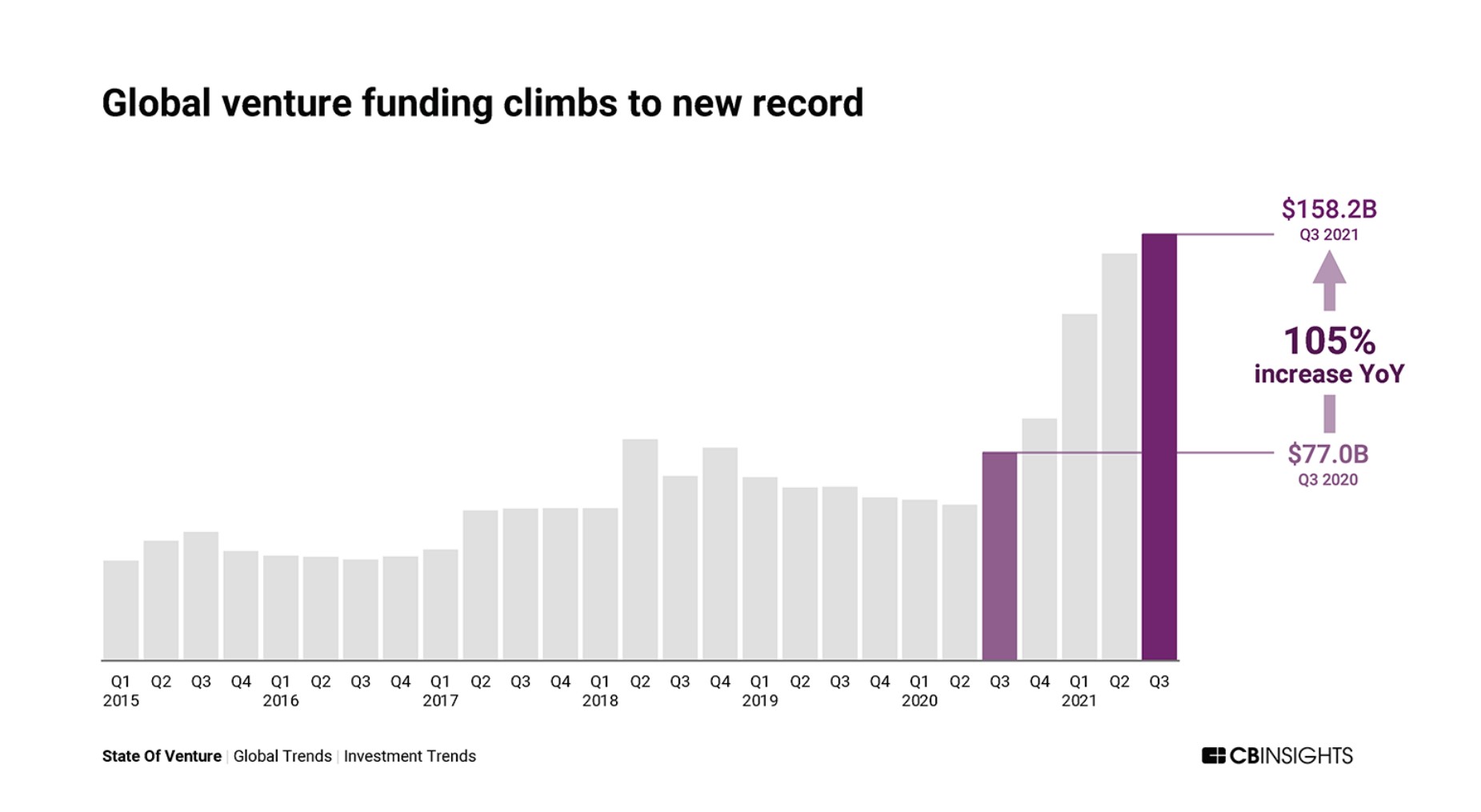 More often than not, the unicorn is among the “firsts” within an industry – meaning that they are disrupting the traditional method of how things are done.

Examples of past unicorns that went public via IPO include Uber (NYSE: UBER) and Airbnb (NASDAQ: ABNB), which each have unique platforms that disrupted traditional business models.

The majority of the products sold by unicorns are also related to software with fewer unicorns offering hardware products and services.

Another common pattern among unicorns is a consumer-centric strategy. In other words, the business model is B2C, and the company aims to fix an issue for customers by offering a better solution (i.e. the user experience is prioritized above all else).

One reason that unicorns tend to be B2C is that the total addressable market (TAM) is simply larger, so there is more revenue potential.

But of course, there are exceptions, such as big data analytics and security software provider, Palantir Technologies (NYSE: PLTR).

2021 was a record-breaking year for startups going public – for example, Brazilian neo-bank Nubank recently underwent an IPO, with one notable backer being Warren Buffett.

Near the end of 2021, some of the highest funded startups are listed below along with a brief description of their product: 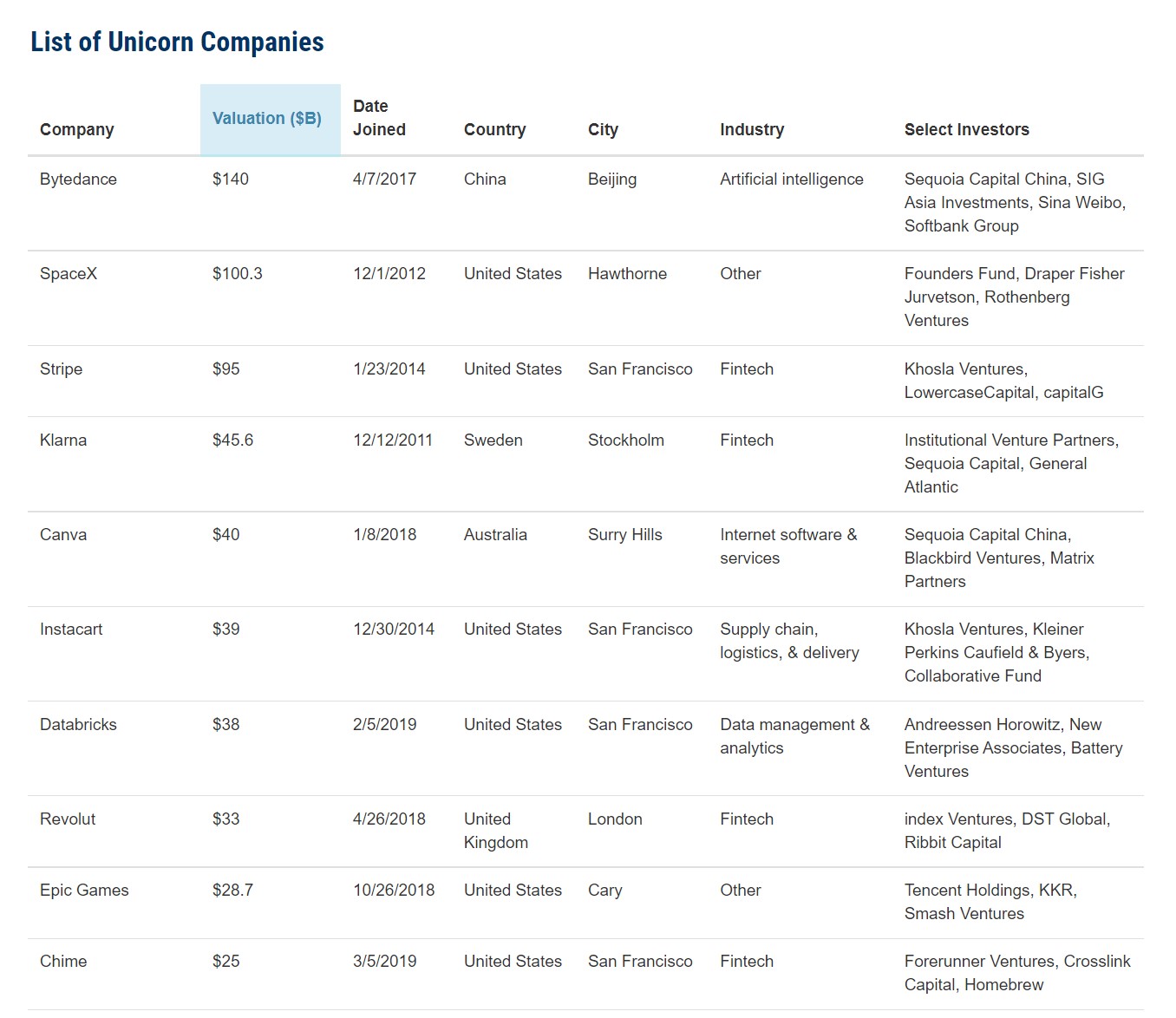