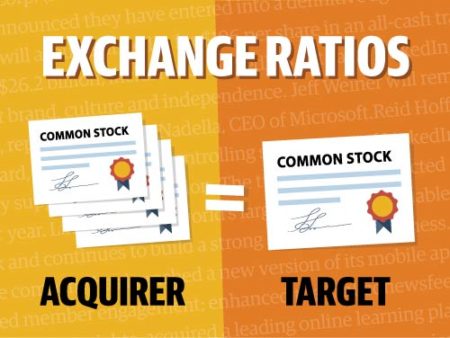 For a deal structured as a stock sale (as opposed to when the acquirer pays with cash — read about the difference here), the exchange ratio represents the number of acquirer shares that will be issued in exchange for one target share. Since acquirer and target share prices can change between the signing of the definitive agreement and the closing date of a transaction, deals are usually structured with:

The specific approach taken is decided in the negotiation between buyer and seller. Ultimately, the exchange ratio structure of the transaction will determine which party bears most of the risk associated with pre-close price fluctuation.  BThe differences described above can be broadly summarized as follows:

Below is a fact pattern to demonstrate how fixed exchange ratios work. 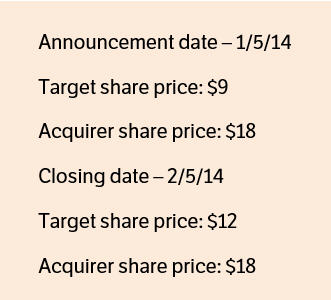 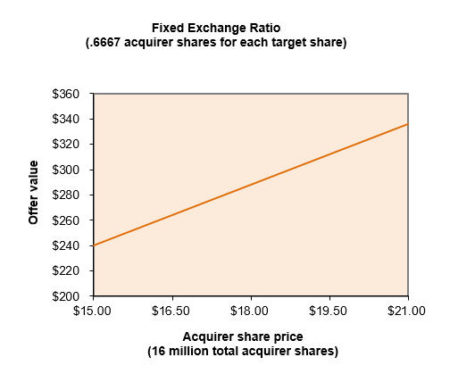 Bottom line: Since the exchange ratio is fixed, the number of shares the acquirer must issue is known, but the dollar value of the deal is uncertain.

CVS’s 2017 acquisition of Aetna was partially funded with acquirer stock using a fixed exchange ratio. Per the CVS merger announcement press release, each AETNA shareholder receives a 0.8378 CVS share in addition to $145 per share in cash in exchange for one AETNA share.

While fixed exchange ratios represent the most common exchange structure for larger U.S. deals, smaller deals often employ a floating exchange ratio. Fixed value is based upon a fixed per-share transaction price. Each target share is converted into the number of acquirer shares that are required to equal the predetermined per-target-share price upon closing.

Let’s look at the same deal as above, except this time, we’ll structure it with a floating exchange ratio: 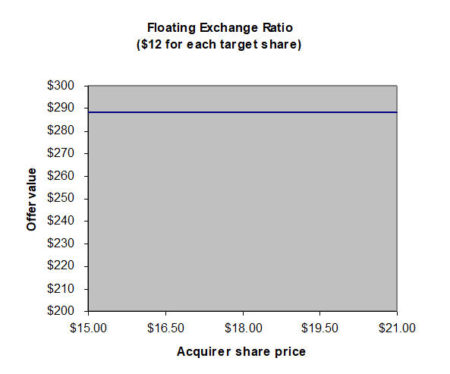 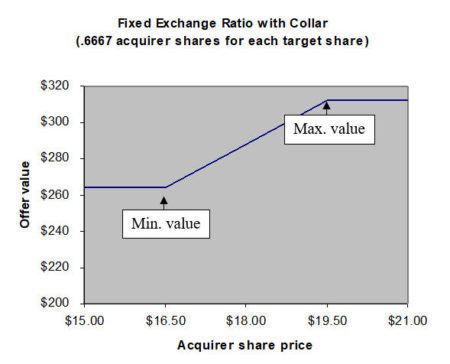 Collars may be included with either fixed or floating exchange ratios in order to limit potential variability due to changes in acquirer share price. 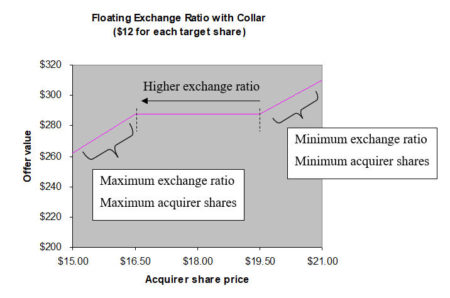