Guide to Understanding the Operating Profit to Sales Ratio

What is Sales to Operating Profit?

The Sales to Operating Profit ratio calculates the amount of revenue necessary to generate a dollar in operating income (EBIT).

How to Calculate Sales to Operating Profit Ratio

The metric is primarily used to set internal revenue targets so that the company can improve its operating profitability.

The formula for calculating the sales to operating profit ratio is as follows.

The inputs can be calculated using the following equations.

By flipping the formula around, we’re left with the operating margin metric.

The operating margin shows how much of one dollar of revenue generated by a company flows down to the operating income (EBIT) line item.

Suppose a company generated $50 million in gross sales in 2021, but there was a total of $10 million in deductions related to returns, discounts, and sales allowances.

Given those assumptions, our company’s gross profit is $20 million while its operating profit is $10 million.

In the final part of our exercise, we’ll calculate our company’s sales to operating profit ratio using the formula below, which results in a ratio of 4.0x. 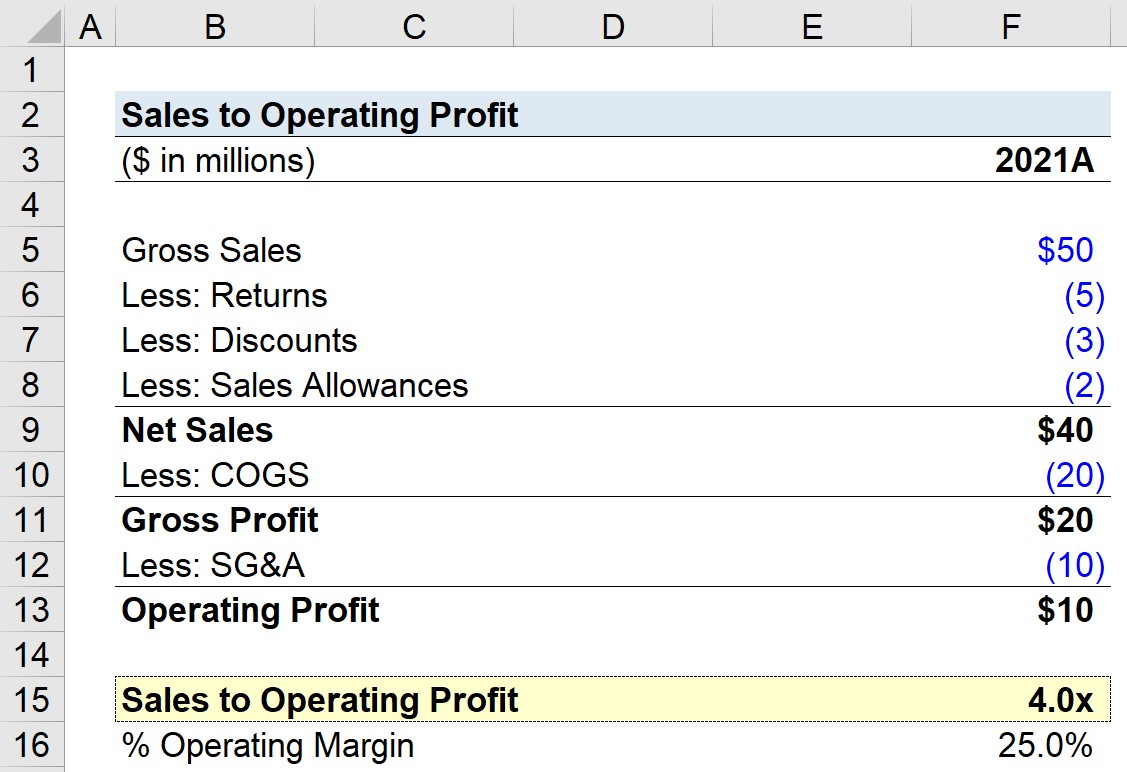