What is the Internal Rate of Return (IRR)?

The Internal Rate of Return (IRR) is defined as the compounded rate of return on an investment.

Given a specified range of dates, the IRR is the implied interest rate at which the initial capital investment must have grown to reach the ending value from the beginning value.

All else being equal, the higher the internal rate of return (IRR), the more benefits (profits) a potential investment will likely bring to a firm if undertaken.

The IRR metric estimates the annualized rate of return that an investment is going to yield.

Unlike the MoM, the IRR is considered to be “time-weighted” because it accounts for the specific dates that the cash proceeds are received.

The calculation of the IRR involves the following steps:

The IRR is imperfect and cannot be used as a standalone measure due to being very sensitive to timing.

For example, if a private equity firm were to issue itself a dividend soon after a leveraged buyout (LBO), this would increase the IRR to the fund regardless of whether the MoM meets the required returns hurdles – which causes the IRR to be potentially misleading as a result.

However, the IRR could potentially be misleading in its portrayal of returns. For instance, a high IRR calculated during a short holding period can be artificially inflated and be unsustainable if the holding period were to be extended longer – and thus, IRR cannot be singularly used to make an investment decision.

Let’s say an investment would yield a 30% IRR if sold on the present date, which from first glance sounds great. But from a more in-depth look, if the same investment achieves only 1.5x MoM, this makes the return far less impressive and the high IRR is attributed more towards a quicker return of capital rather than substantial growth in the size of the investment.

Nonetheless, the IRR tends to be the most benchmarked marketing metric for the performance of investment funds. For this reason, most firms pay a significant amount of attention to their fund’s IRR.

The following factors are the main contributors which drive the IRR:

Regardless, the IRR and MoM are both different pieces to the same puzzle, and each comes with its respective shortcomings.

The takeaway is that the magnitude by which an investment grows matters, but the pace at which the growth was achieved is just as important.

So far, we’ve compared the concept and formulas used to calculate the IRR and MoM return metrics. We’re now going to shift to an example exercise of calculating the two metrics in Excel. To access the spreadsheet and follow along, fill out the form below.

In our simple example, the equity investment in Year 0 remains fixed at $85m. Regardless of which year the firm exits the investment, the value of the initial investment stays unchanged.

Since the investment represents an outflow of cash, we’ll place a negative sign in front of the number. Meanwhile, the positive cash inflows related to the exit represent the proceeds distributed to the investor following the sale of the investment (i.e., realization at exit).

Once our table depicting the cash outflow in Year 0 (the initial investment) and the cash inflows (the exit proceeds) at different dates in the holding period is done, we can calculate the IRR and MoM metrics from this particular investment.

To determine the IRR of an investment, follow the steps below.

Note that the initial cash outflow (initial equity contribution) must be entered as a negative number since the investment is an outflow of cash. In addition, for the formula to work and be dragged down, the date selection must be anchored in Excel.

The XIRR Excel function is preferable over the IRR function as it has more flexibility by not being restricted to annual periods. The drawback to the IRR function is that Excel assumes each cell is separated by precisely twelve months, which is not always the case.

Under XIRR, daily compounding is assumed, and the effective annual rate is returned. But for the IRR function, the interest rate is returned assuming a stream of equally spaced cash flows.

While the two main factors are the entry investment and exit sale proceeds, other inflows such as dividends or monitoring fees (i.e., portfolio company consulting) must be input as positives, as well as any additional equity injections later on in the holding period.

The XIRR function can handle complex scenarios that necessitate taking into account the timing of each cash inflow and outflow (i.e., the volatility of multiple cash flows).

To calculate the MoM, we first sum up the cash inflows from the relevant year.

Based on the completed output for our exercise, we can see the Year 5 IRR is 19.8% whereas the MoM is 2.5x.

If we were to calculate the IRR using a calculator, the formula would take the future value ($210m) and divide by the present value (-$85m) and raise it to the inverse number of periods (1 ÷ 5 Years), and then subtract out one – which again gets us 19.8% for the Year 5 IRR.

Re: IRR   For the calculation of IRR denoted on the IRR & MoM Calculation worksheet and explained in the Internal Rate of Return (IRR) document, are the Cash Flows in Years1 through Year 5 Pre-tax or After-tax? Example: Let’s assume that the $85m is the full cash investment. If the… Read more » 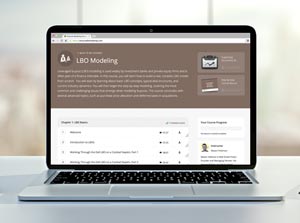