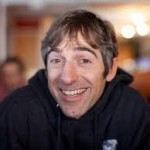 Zynga founder Mark Pincus will only get a $9b valuation. Solution? Claw back employees’ stock options!

Zynga will be going public soon, and according to its prospectus filed this morning, it believes its’ business is now worth $9 billion, despite a $14b third-party valuation just two weeks ago. This of course, comes on the heels of lower valuations for peers like Groupon in recent weeks.

Zynga generated $1b in revenue over the  last twelve months (LTM), implying a 9x Price/Sales multiple.

Is this valuation deserved? How does this valuation compare to similar companies?  Zynga identified Youku.com, Linkedin, Baidu.com, Facebook, and Groupon as comparables. Take a look at the LTM P/S below for this group (we added Google and Apple, the senior citizens of the group, for some context).

On the surface, Zynga appears cheap relative to its peers. The problem with multiples is that the fundamentals that should be driving the multiple become much harder to identify, especially for very young businesses without an established track record.  As Bill Gurley correctly noted in a recent blog:

While one might not have the specific numbers required to complete an accurate DCF, we do know which business qualities would have a positive impact on a DCF exercise, all things being equal. When investors see a large number of these traits, they then have an increased confidence that the elements are in place that will lead to a strong DCF value over time. You often hear people refer to companies with strong DCF characteristics as having high “revenue quality.” Companies with characteristics that are inconsistent with a strong DCF model are said to have low “revenue quality.”

He goes on to identify 10 characteristics that drive the revenue multiple and ultimately account for the wide discrepancies in valuation across different companies:

So how does Zynga stack up? Zynga benefits from powerful network effects but suffers from a major partner dependency (Facebook).  In addition, while Zynga has invested in a scalable game engine, the business is still a gaming business, and is susceptible to the “hit” nature of games.

**Below is Zynga’s complete prospectus: