What is a Multiple? 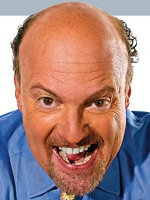 You gonna have that sandwich?

What is a Multiple?

Investment Bankers talk a lot about valuation multiples. In fact, almost everyone in finance talks about multiples. Jim Cramer is probably talking about some company’s multiple right now.

Surprisingly, though, multiples and what they actually represent are deeply misunderstood by a frightening number of investment bankers (including, believe it or not, those that may be interviewing you on your super day).

I assume you’re comfortable with the basics: Multiples reflect the market’s perceptions of a company’s growth prospects, so two companies with similar prospects and operating characteristics should trade at similar multiples.  And, if one is trading at a lower multiple than its “comparable” peers, then we can surmise that it is undervalued in the market.  But is that all there really is to it? Why do multiples reflect a company’s growth prospects – and is that the only thing they reflect?  What really underlies a multiple?  What does it really mean to say that Microsoft trades at a 23.0x Share Price/EPS (P/E) multiple, or that Google trades at a 12.0x EV/EBITDA multiple?

Before we look under the hood of a multiple, let’s take a step back.

To which, the prospective analyst or associate will be expected to respond that there are two major approaches:

Role of Multiples in Valuation

If we know that Joe’s Dogs generated EBITDA of $100,000 in the last twelve months (LTM) prior to acquisition (that’s an Enterprise Value / EBITDA multiple of 10.0x), and we know that our hot dog stand generated LTM EBITDA of $400,000, we can apply the recently acquired EV/EBITDA multiple to our company, and estimate that we should expect a value of somewhere around $4.0 million for our hot dog stand today.

Arriving at value using multiples this way is a lot easier than projecting out cash flows each year and calculating a present value.

That’s why multiples analysis is ubiquitous in our world. While investment bankers use multiples all the time – in comparable company analysis, comparable transaction analysis, in LBO valuation, and even DCF valuation,* there is often confusion about what these multiples actually represent.

But are these valuation methods really distinct?  If your gut tells you that there has to be some connection, you’re right. But how do we reconcile valuing companies intrinsically with valuing companies based on multiples?

Intrinsic valuation says the value of a business is a function of the free cash flows (see definition below) that it can generate, plain and simple.  Say you are considering buying a business that will generate $1,000 in cash every year forever.  Based on your calculation of the riskiness of the business, you require an annual return of 10%.  As such you calculate that the most you would be willing to pay for such a business is:

Expanding the discussion slightly, if you expect the business’s free cash flows to grow by 5% every year, the calculation would change slightly to:

In fact, the general perpetual growth formula can be expressed as:

We can delve a little deeper into this formula by breaking down free cash flows and growth into their component parts:

Rearranging our value equation, we arrive at:

So where do multiples come in?  Well, let’s take a common multiple: EV/EBIT.  How does the EV/EBIT multiple fit into our understanding of value?

First, let’s define EBIT relative to cash flow. Assuming you are the sole investor in the business for now (i.e., no debt) NOPLAT and, consequently, free cash flows, can be restated as:

Dividing both sides of our value equation by EBIT, we arrive at the definition of the EV/EBIT multiple:

Voila! All of the sudden, the drivers of a multiple become quite clear:

Multiples are a simple way to discuss value. But don’t be fooled by the mechanical simplicity.  When you are using multiples to value a company you are implicitly saying quite a lot about your assumptions for the company’s ROIC, reinvestment rate, discount rate, and future cash flow growth.  The mechanical simplicity just makes it very easy to forget all of those implicit assumptions.

However, if one or more of the drivers are different – say company A’s growth rate is higher than company B’s, then company A’s multiple should be higher.

While tax rates and discount rates are generally equivalent across firms in similar industries, ROIC and growth rates can be quite different, so in fairly-priced equity markets, companies with higher multiples within a particular industry generally reflect different assumptions about ROIC, growth, or a combination.

* Although the DCF is supposed to be a pure intrinsic value calculation, a common approach for calculating the terminal value is to use an EBITDA multiple assumption.

Stumbled on to your article … and I’m really please to see someone calling this out. I am particularly annoyed when people use multiples to value early-stage businesses. You see it all the time on Shark’s Tank and Dragon’s Den, particularly with Kevin O’Leary, when he tries to low ball… Read more »

Great article thanks.
We are covering this in finance but the provided text doesn’t do it justice.

The equivalent for me is accurate for r>g only, which is rare with the current interest rates levels.

Any company with lesser EBITDA in the beginning year and higher terminal value ( higher return after 5th year) will result higher EV/EBITDA multiple (~ 50-70X) . How do we interpret this?

Can you explain intuitively why a company with a higher tax rate will have a lower multiple?

I liked your explanation. Simple and clear. Thank you!

Your analysis is intersting and insightful. Keep on doing the good job.

ha! This would of made my interview today a lot easier…