What is an Activist Investor?

An Activist Investor seeks to be the catalyst of a turnaround of a poorly-managed underperforming publicly traded company and profit from share price appreciation.

Activist investing is an investment strategy where an investor pursues poorly-run companies with share prices that have declined in recent times.

Once a target is identified, the activist investor obtains a sizeable stake in the company’s equity, which often signals to the market that changes are soon to come.

Hence, after the news gets around that an activist firm has become a shareholder, the company’s share price can rise in anticipation of a turnaround.

The activist investor can soon be expected to push for changes that they believe are in the best interests of the company’s shareholders (and to allow for share price appreciation):

The objective of an activist investor is to be the catalyst for change that can create more shareholder value within the target (and share price appreciation).

In the U.S., activist investors such as hedge funds are obligated to disclose their stake by filing a Schedule 13D with the U.S. Securities and Exchange Commission (SEC).

The requirement is conditional on acquiring an ownership stake exceeding a 5% threshold in voting class shares.

The equity ownership of activist investors is typically not a controlling stake, so part of their strategy is to gain the support of other investors, especially the more influential institutional investors with larger stakes (and more shareholder votes).

Still, despite having a minority stake, activist investors can impact the company’s trajectory and exert influence over an underperforming (and vulnerable) company.

Upon becoming aware of an activist investor’s stake, certain management teams opt to cater to the investor and are inclined to express their openness to their recommendations — whereas others view them as threats, which can even cause a proxy fight at times.

Value investing is oriented around identifying undervalued equities and then betting on either:

Activist investing is tied to value investing because the activist perceives a target’s share price to be trading far below its potential.

The distinction with activist investing is that once an undervalued company is identified, a far more “hands-on” approach is taken by the activist to force change.

Since management has likely fallen out of favor with shareholders, the firm attempts to convince shareholders that there is “hidden” value in the company that management is not capitalizing upon.

However, there truly must be value-creation opportunities — otherwise, influence without a tangible plan ends badly for all stakeholders.

Therefore, an activist must identify the root causes of a company’s recent underperformance and present their recommendations to drive strategic, financial, and operational changes. 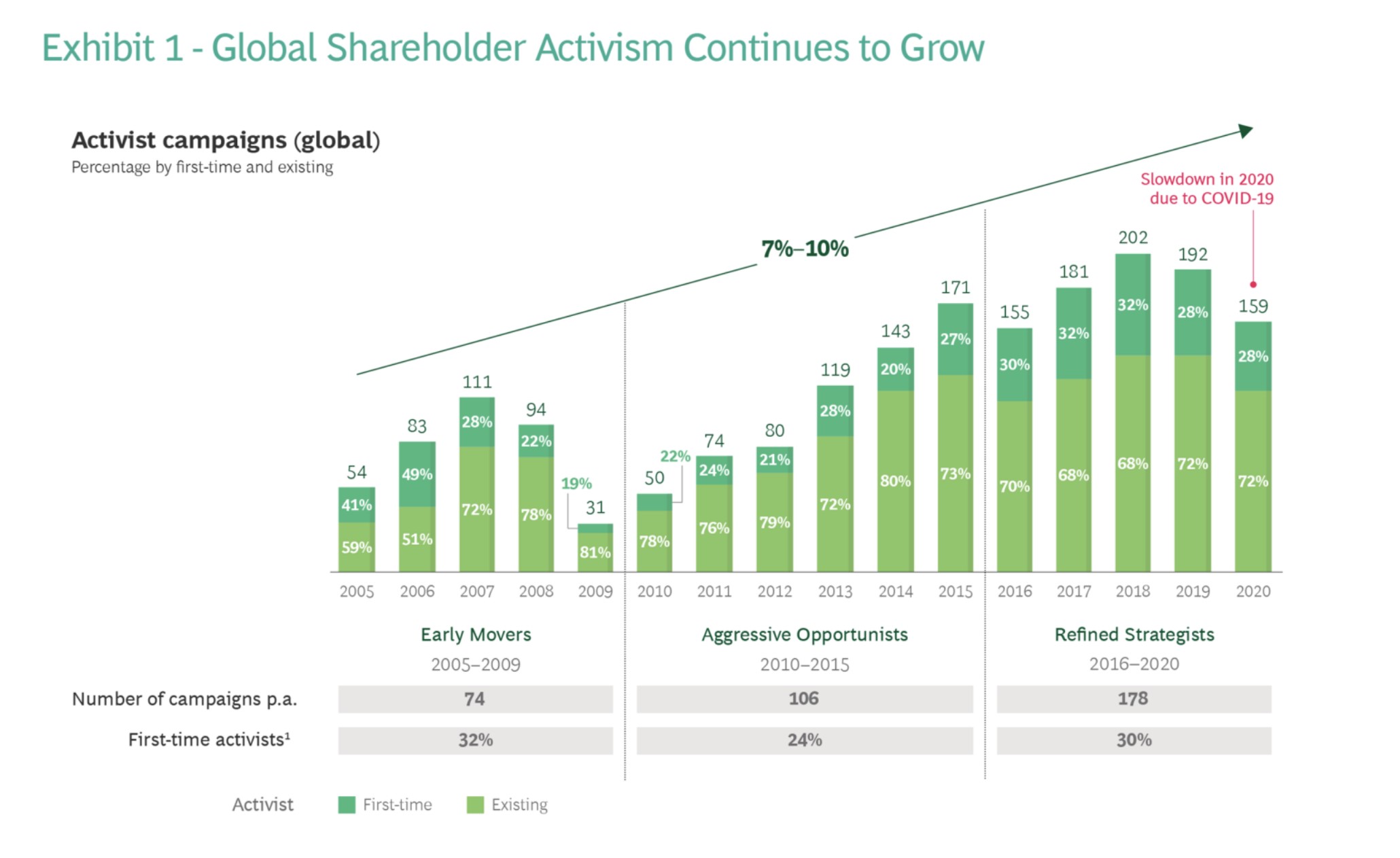 Given their past high-profile activist campaigns, Carl Icahn and Nelson Peltz are arguably the most well-known activist investors.

Interestingly, most of the top activist investment firms are public figures, whereas many successful, non-activist hedge funds attempt to stay out of the spotlight.

In particular, Icahn is renowned for his aggressive, often confrontational, tactics to pressure the management teams of public companies.

The success of an activist firm is largely contingent on their ability to gain shareholder trust (or, in some cases, the trust of the management team).

But one of the most important traits is, in fact, the ability of the activist to attract public attention and have a platform to promote their recommendations.