What is the Bessemer Efficiency Score?

The Bessemer Efficiency Score is a measure of capital allocation and spending habits to determine the efficiency at which a SaaS company is growing.

Coined by Bessemer Venture Partners, the BVP Efficiency Score is a framework for evaluating a company’s spending efficiency.

Unlike many early-stage metrics used in venture capital, the efficiency score is unique in that it is more about tracking a company’s spending habits rather than solely its revenue growth, i.e. the ”top line”.

While the growth at all costs mindset is common during bull markets — where profitability is not the near-term priority and is instead deferred to the future — issues emerge in bear markets when the capital markets dry up.

A single-minded focus on growth, in lieu of operating efficiency and discipline, eventually catches up with these growth-oriented companies.

Over the long run, efficient growth is more stable and reliable than growth that comes with unsustainable spending.

If the economy were to undergo a contraction, companies with inefficient spending and poor capital allocation would struggle to remain afloat (and would need to raise more outside capital).

The BVP scoring system is segmented into three primary classifications: 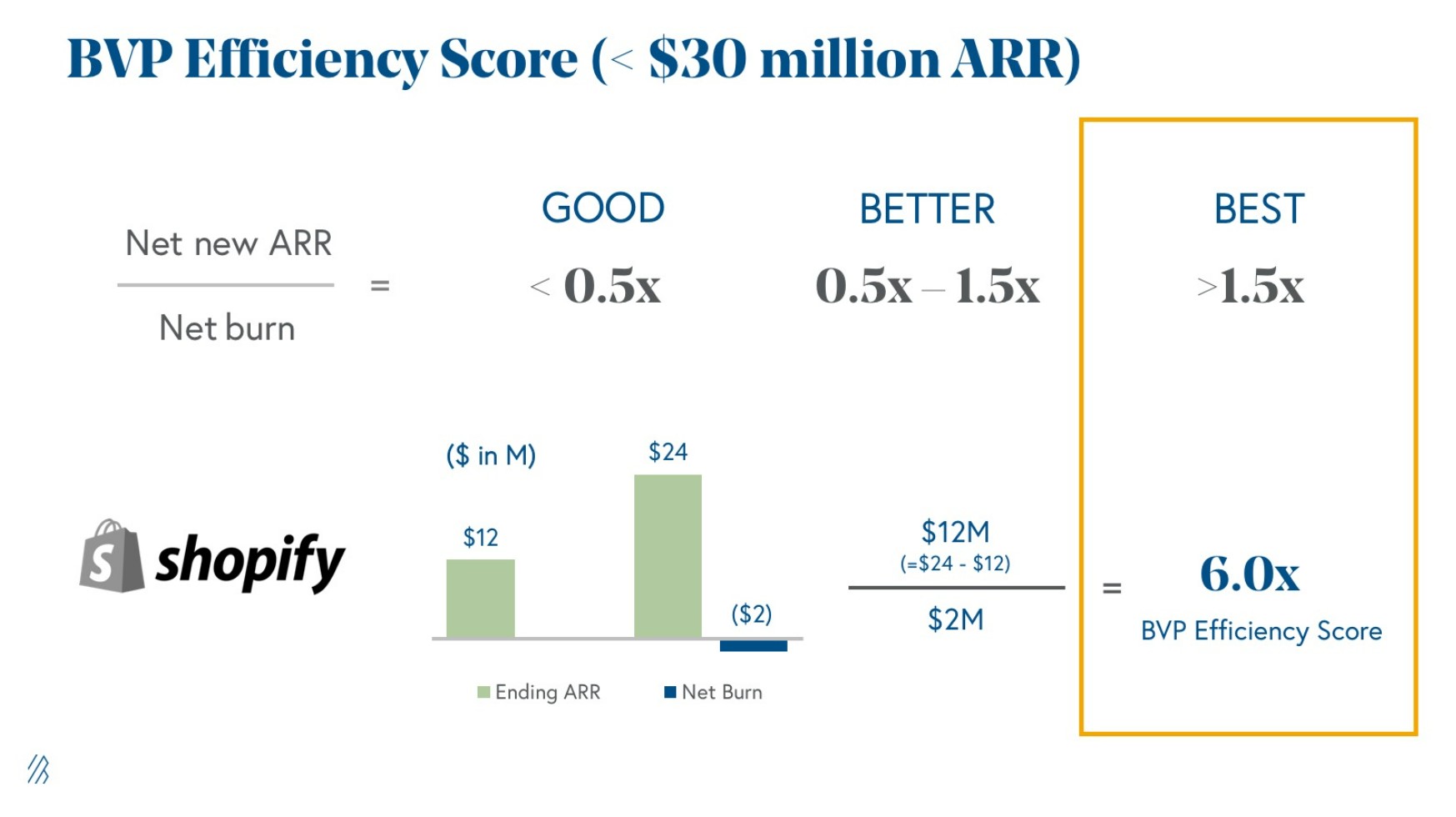 In order to calculate the efficiency score, the company’s net new annual recurring revenue (ARR) is divided by its net burn.

The formula for calculating the Bessemer Efficiency Score is as follows.

Note that the calculation above is for early-stage startups generating less than $30 million in ARR.

The ending ARR for the period is, therefore, $24 million.

Our next step is to calculate the net new ARR, which is the sum of new ARR and expansion ARR, minus churned ARR.

The final assumption needed is the net burn for the corresponding period, which we’ll assume to be $2 million.

With all our inputs ready, we can divide the net new ARR by the net burn to arrive at a BVP efficiency score of 6.0x. 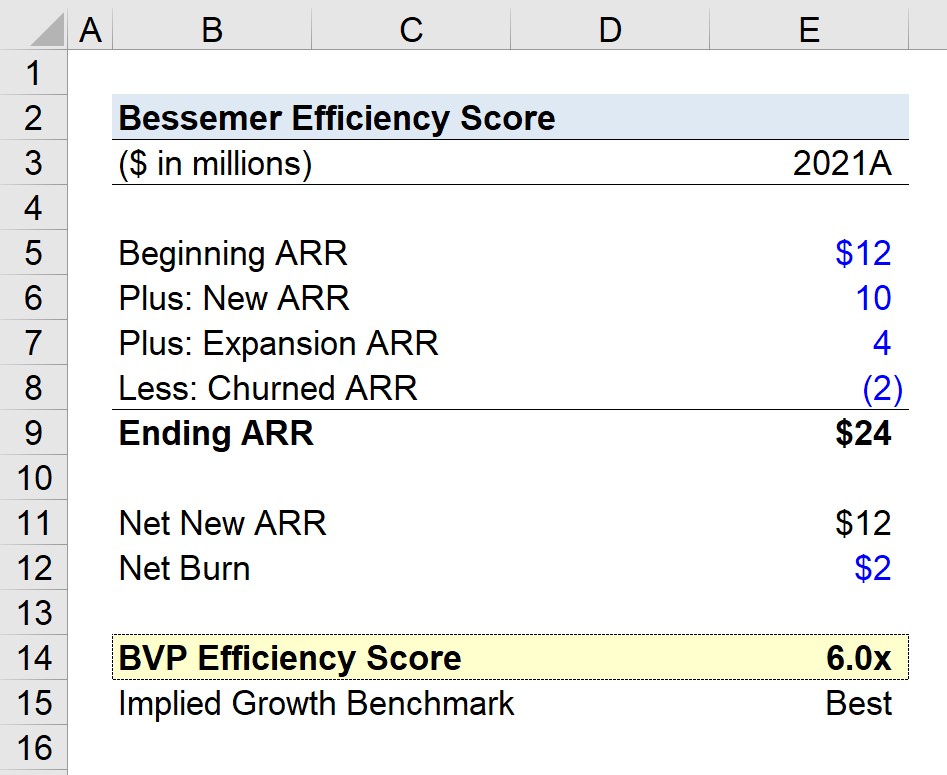