What is Free Cash Flow Conversion?

Free Cash Flow Conversion is a liquidity ratio that measures a company’s ability to convert its operating profits into free cash flow (FCF) in a given period.

By comparing a company’s available free cash flow along with a profitability metric, the FCF conversion rate helps evaluate the quality of a company’s cash flow generation.

The idea here is to compare a company’s free cash flow to its EBITDA, which helps us understand how much FCF diverges from EBITDA.

Calculating the FCF conversion ratio comprises dividing a free cash flow metric by a measure of profit, such as EBITDA.

In theory, EBITDA should function as a rough proxy for operating cash flow.

But while the calculation of EBITDA does add-back depreciation and amortization (D&A), which are usually the most significant non-cash expense for companies, EBITDA neglects two major cash outflows:

To evaluate the true operating performance of a company and accurately forecast its future cash flows, these additional cash outflows and other non-cash (or non-recurring) adjustments are required to be accounted for.

The formula for calculating the free cash flow conversion is as follows.

Therefore, the FCF conversion rate can be interpreted as a company’s ability to convert its EBITDA into free cash flow.

The output for FCF-to-EBITDA is ordinarily expressed in percentage form, as well as in the form of a multiple.

To perform industry comparisons, each metric should be calculated under the same set of standards.

In addition, management’s own calculations should be referenced, but never taken at face value and used for comparisons without first understanding which items are included or excluded.

Note that the calculation of free cash flow can be company-specific with a significant number of discretionary adjustments made along the way.

Often, FCF conversion rates can be most useful for internal comparisons to historical performance and to assess a company’s improvements (or lack of progress) over several time periods. 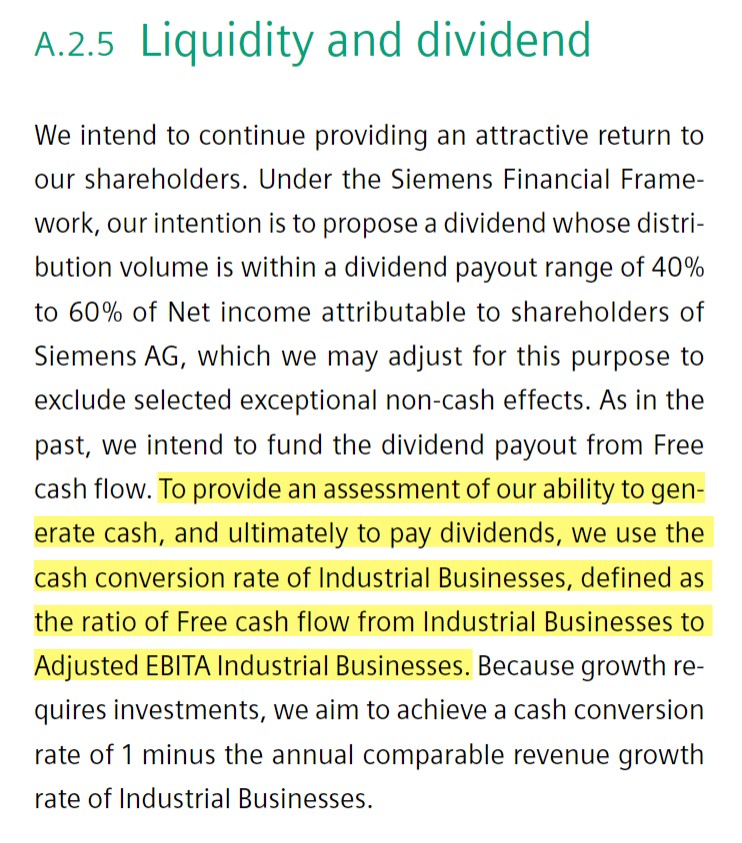 How to Interpret the FCF Conversion Rate

A “good” free cash flow conversion rate would typically be consistently around or above 100%, as it indicates efficient working capital management.

An FCF conversion rate in excess of 100% can stem from:

In contrast, “bad” FCF conversion would be well below 100% – and can be particularly concerning if there has been a distinct pattern showing deterioration in cash flow quality year-over-year.

To reiterate from earlier, problems can easily arise because of definitions varying considerably across different companies, as most companies can adjust the formula to suit their company’s specific needs (and announced operating targets).

But as a generalization, most companies pursue a target FCF conversion rate close to or greater than 100%.

In our example exercise, we’ll be using the following assumptions for our company in Year 1.

In the next step, we can calculate the free cash flow (CFO – Capex) and EBITDA:

For the rest of the forecast, we’ll be using a couple of more assumptions:

With these inputs, we can calculate the free cash flow conversion rate for each year.

Here, we’re essentially figuring out how close a company’s discretionary free cash flow gets to its EBITDA. Posted below, you can find a screenshot of the completed exercise.

In conclusion, we can see how the FCF conversion rate has increased over time from 75.5% in Year 1 to 98.4% in Year 5, which is driven by the FCF growth rate outpacing the EBITDA growth rate.