Guide to Understanding the Prospectus Filing

What is the Prospectus?

A Prospectus is a formal document filed with the Securities and Exchange Commission (SEC) by companies intending to raise capital by offering securities to the public. 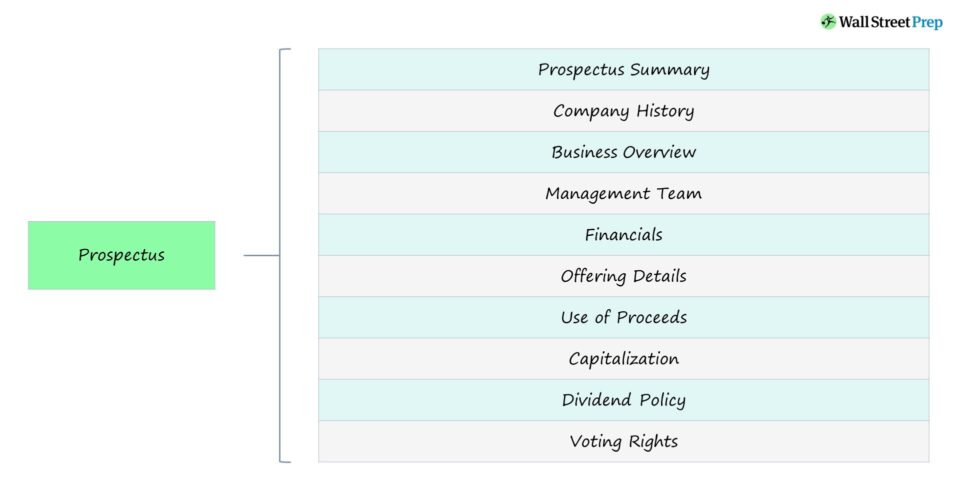 The prospectus filing, often used interchangeably with the term “S-1”, contains all of the necessary details about a public company’s proposed offering in order to help investors make an informed investment decision.

The prospectus is a mandatory part of the registration process for a new share issuance in the U.S., i.e. an initial public offering (IPO).

The topics covered in the prospectus include the nature of the business, the company’s origins, the background of the management team, historical financial performance, and the company’s anticipated growth outlook.

There are two primary types of prospectus documents that companies put together during the process of raising capital.

The preliminary prospectus comes before the S-1 filing and is circulated among institutional investors during the “quiet period” until the registration becomes official with the SEC.

The purpose of the preliminary prospectus is to gauge investor interest and adjust terms if deemed necessary, i.e. its function is similar to that of a marketing document.

Once the company and its advisors are prepared to proceed with issuing new securities to the public, the final prospectus is submitted.

The final prospectus — a more complete document with changes implemented based on feedback from investors and the SEC — is far more in-depth than the red herring.

Often, SEC regulators can request specific material to be added to the document in an effort to ensure there are no missing pieces of information that could potentially mislead investors.

Before the company in question can proceed with its planned IPO and the distribution of new shares, the official final prospectus must first be filed with formal approval from the SEC.

If a company is issuing securities to the public markets for the first time, then the S-1 regulatory document must be filed with the SEC. But if we suppose an already-public company intends to raise more capital, the far less time-consuming and simplified S-3 report would be filed, instead.

Sections of the Prospectus Filing

What’s Included in the Prospectus?

The table below summarizes the key components of a prospectus that investors (and the SEC) tend to pay the most attention to.

Each company’s S-1 report is somewhat unique because the information considered “material” is specific to each individual company (and the industry it operates in).

An example of a prospectus filing can be viewed by clicking the link below. This S-1 was filed before the initial public offering (IPO) of Coinbase (NASDAQ: COIN) in early 2021.

The table of contents for Coinbase’s S-1 is as follows: