What is Goodwill Amortization?

Goodwill Amortization is an option only available to private companies, while public companies can instead perform annual tests for impairment. 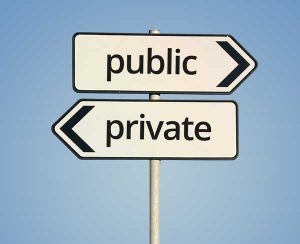 Starting in 2014, private companies can elect to amortize goodwill on a straight-line basis over 10 years.

Yes – all else equal, companies generally prefer no amortization.  In fact, this is why FASB changed their tune on goodwill in 2001: Prior to 2001, all companies had to amortize goodwill barring a very specific set up exceptions.  Highly acquisitive companies, especially in tech where there was a ton of goodwill being created lobbied hard to eliminate the goodwill amortization requirement on the grounds that it was requiring truly profitable companies to show negative or artificially low accounting profits due to the noncash amortization expense and thus misleading to investors.

This criticism led to massive changes in 2001 to M&A accounting rules that essentially persist today: No goodwill amortization. However, the elimination of goodwill amortization did come with some major strings attached.  Specifically, companies now had to run annual costly impairment tests.  For public companies, the cost is well worth the benefit of better looking financials (remember no amortization = higher profits).  However, for smaller private companies, the incremental impairment test cost is significant. Meanwhile the benefit is more dubious, especially for companies with no immediate plans of going public and presenting financials to a broader, less sophisticated investor base (remember the difference in profits is purely an accounting difference).   That’s why this new ruling is welcome news to many private companies.

So what does this mean for my financial model?

This has several implications for when we build our M&A models. The first is to recognize that private companies will begin to carry potentially massive goodwill amortization expense. That means comparisons using ratios and valuation multiples across companies need to be standardized to exclude the non-cash amortization.  In addition, balance sheets will look significantly different depending on whether this election is made, and balance sheet ratios like return on assets and returns on invested capital need to be clearly defined and consistent across companies for them to be useful.

To learn more about these new rulings, I am attaching the FASB Updates as well as a PwC report on this topic below:

This is why EBITDA was invented as a metric. Companies carrying goodwill should amortizise them. Yes it hits earnings. But it also saves on taxes thereby increase positive free cash flow. Also Goodwill is only a paper estimate. Companies can simply overpay for a company and it makes it look… Read more »