What is the Matching Principle?

The Matching Principle states the expenses of a company must be recognized in the same period as when the corresponding revenue was “earned.”

Per the matching principle, expenses are recognized once the income resulting from the expenses is recognized and “earned” under accrual accounting standards. 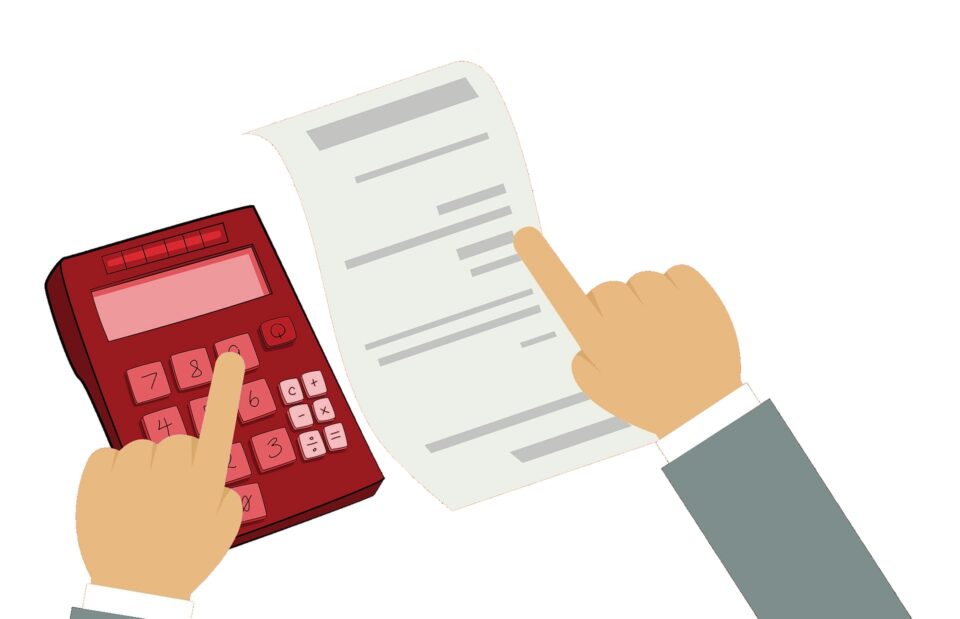 The matching principle, a fundamental rule in the accrual-based accounting system, requires expenses to be recognized in the same period as the applicable revenue.

For instance, the direct cost of a product is expensed on the income statement only if the product is sold and delivered to the customer.

In contrast, cash-basis accounting would record the expense once the cash changes hands between the parties involved in the transaction.

However, the matching principle matches expenses with the revenue they helped generate, as opposed to being recorded in the period the actual cash outflow was incurred.

The purpose of the matching principle is to maintain consistency in the core financial statements — in particular, the income statement and balance sheet.

The general guidelines under the matching principle are as follows:

Importance of the Matching Principle

The matching principle stabilizes the financial performance of companies to prevent sudden increases (or decreases) in profitability which can often be misleading without understanding the full context.

As we observed in our simple modeling exercise, depreciation distributes the total CapEx over the course of its expected life span to balance out the expenses and prevent misrepresentations of profitability on the income statement.

While accrual accounting is not a flawless system, the standardization of financial statements encourages more consistency than cash-based accounting.

Standardized financials depicting normalized performance provide the most utility for operators and investors, rather than lumpy trends which make it more challenging to recognize patterns in a company’s margins and breakdown of expenses/expenditures.

One of the most straightforward examples of understanding the matching principle is the concept of depreciation.

When a company acquires property, plant & equipment (PP&E), the purchase — i.e. capital expenditures (Capex) — is considered to be a long-term investment.

PP&E, unlike current assets such as inventory, has a useful life assumption greater than one year.

Now, if we apply the matching principle discussed earlier to this scenario, the expense must be matched with the revenue generated by the PP&E.

To “spread” the total Capex across the useful life assumption, the standard approach is called “straight-line depreciation,” which is defined as the uniform allocation of the expense across the number of years that the asset is expected to bring positive monetary benefits.

Let’s say a company just incurred $100 million in Capex to purchase PP&E at the end of Year 0.

If we assume a useful life assumption of 10 years and straight-line depreciation with a residual value of zero, the annual depreciation comes out to $10 million.

As shown in the screenshot below, the Capex outflow is shown as negative $100 million, which is an outflow of cash used to increase the PP&E balance. 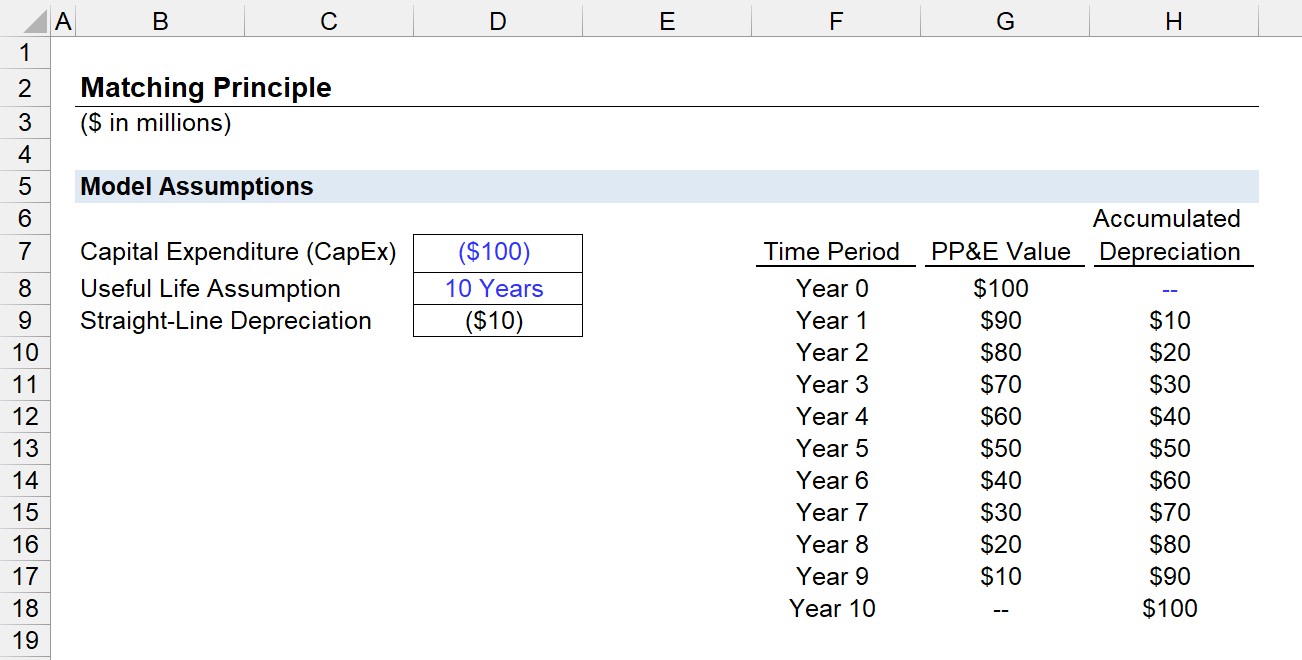 However, rather than the entire Capex amount being expensed at once, the $10 million depreciation expense appears on the income statement across the useful life assumption of 10 years.

If the Capex was expensed as incurred, the abrupt $100 million expense would distort the income statement in the current period — in addition to upcoming periods showing less Capex spending.

But by utilizing depreciation, the Capex amount is allocated evenly until the PP&E balance reaches zero by the end of Year 10.